The Kodiak is on the Mercy Air farm in White River South Africa, home at last! What an amazing journey it has been.  A journey which began more than 8 years ago.  Thank you Lord!  Thank you to each of your who have make the journey possible!  Without everyone of us the adventure would not have happened!  We are so thankful and very excited for what the Lord has planned for the future as the Kodiak serves and does the work the Lord has prepared in advance for her to do! 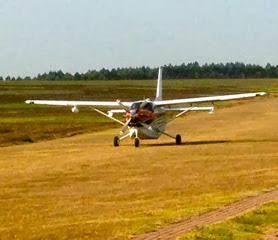 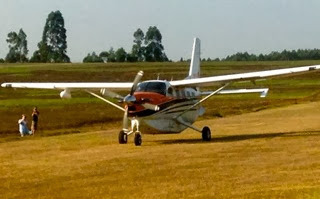 Here’s news on the last segments of the flight and some of the highlights and events will be interesting for all who have followed the progress so keenly. I last wrote while on the longest leg from Las Palmas to Accra with a very fatigued mind and body. The lower part of the bulge of Africa and down through Angola, depending on the season, is an area of very large and dangerous thunderstoms every day, but we caught the day early before any really serious weather had time to develop. The result of course was an uneventful arrival in Accra, with a rather amusing but tedious journey to the hotel where I slept like a baby for 9 hours. 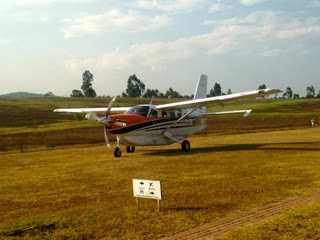 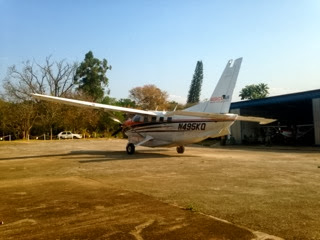 An interesting note about the tedious , but amusing (at the expense of my phone bill), journey to the hotel from the airport was the result of a serious bit of haggling with a supposed “handler” who said they would transport us to the hotel where Paul had ensconsed himself the night before. The amusment was the result of the locals, unable to find the hotel, and their method of obtaining directions over the phone (mine) while driving, which resulted in a bumper bashing with another vehicle. Neil and I were ready to abandon the ride and find another taxi when after what felt like 3 hours (1 hour actually) we arrived and were able to shower. 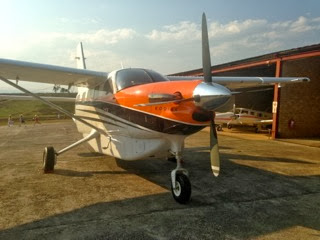 Neil said farewell to me in Accra, and Paul Middleton joined me for the remainder of the journey to allow him familiarastion time in the aircraft. Neil was looking rather jaded as we dropped him off for his flight back to Johannesburg. The weather for the next 2 days was important and again we had no diversions for weather enroute to Libreville which was a short hop of about 4.5 hrs (sounds strange because a 4.5 hr flight prior to this would be considered a long flight), and for those who are interested, included an IFR arrival and ILS to about 1000′.

Andrew, my son, is regularly based in Libreville for his job and we used his company contacts for accommodation and help with formalities at the airport. This was refreshing change from the impersonal trips to and from hotels and airports. I was beginning to think Libreville is a good stopover until I was presented with the bill for navigation, landing and parking fees, a small fortune (no bribes) for which I was presented with an official receipt. Despite the fact that I knew it would not make the slightest bit of difference, I expressed my displeasure in no uncertain terms, paid the cash and walk off a very grumpy individual only to be told that they had no copy of my clearance, the end result being that the official was simply too lazy to look through her file properly. This, and an unfriendly discussion with the “handler” in Accra were the only sour notes for the entire trip.
The journey south through Angola was good except for minor diversions due to some thunderstorm activity, made a little more interesting with weather radar suffering from vertigo. Some minor diversions and we ended up in friendly Namibia and virtually on home ground again, Paul and I enjoyed a comfortable night and good weather all the way home the next day.
The welcome at Mercy Air in White River was a little overwhelming as there was a small crowd to welcome us. We did a small air to air photo sortie in the area before landing. I taxied the aircraft up the ramp between the hangars and as we came to a stop I suddenly had to choke back some emotion, as the realisation hit me that not only was the journey over, but that I had, with God and other’s help, prepared for, managed and executed the excercise successfully and on schedule.
My reflection now after a failed attempt in February, earlier this year, is that God is sovereign, as we submit to His plan, He works things out the best way. The attempt in February to bring the Kodiak to South Africa, was not failure, but simply another step in preparing us and our hearts for His service. The aircraft, as a tool, has taken centre stage for a few weeks now, but we wish to consecrate the aircraft to His service and ourselves to serve Him with it.
Thank you for your prayers.  The Lord is faithful!
Blessings,
John
2013-09-30T14:11:00+00:00September 30th, 2013|Aviation|