The joy of music 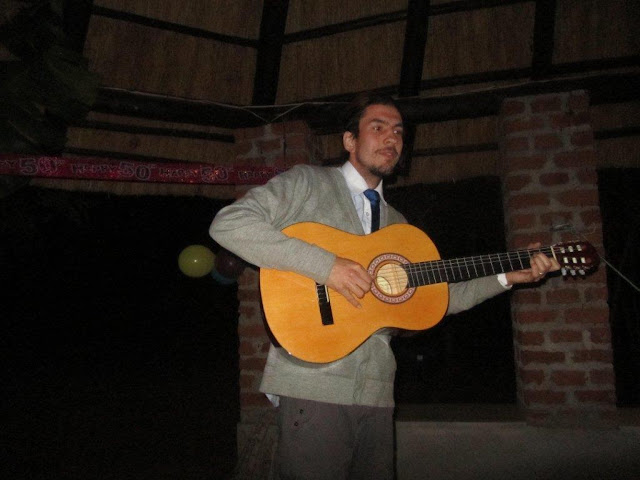 What does Alex, a South African and Paulo Escova – a Mozambican have in common?  An absolute love for music and guitars.  To tell you the truth – Paulo is fanatic when it comes to guitars.  He has a big church in Honde (Central Mozambique) and he has set up a very lively church band – but without music instruments. 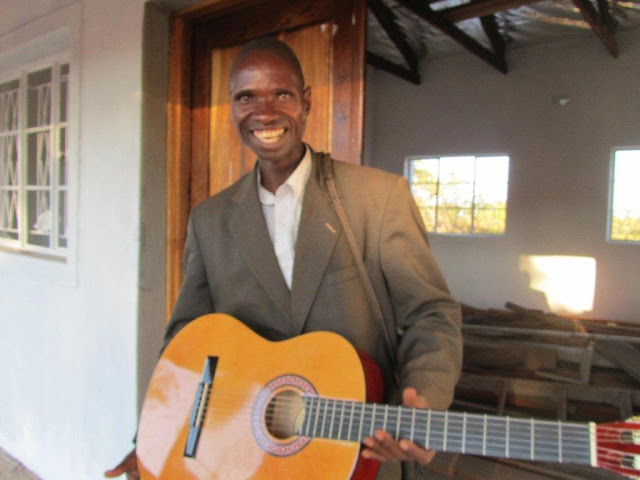 They try their best by making their own music instruments but everytime I speak to him he gets that look in his eye.  And I know what he is about to ask.  “Is there an even slight possibility that I would one day have a guitar for the church?”  And then … out of nowhere a team visited me and accompanied in the team was a musician who just by chance brought 3 guitars with him to help out talented musicians in Mozambique.  Alex didn’t know Paulo and due to the distance never met him, but I had the opportunity to phone Pastor Paulo. 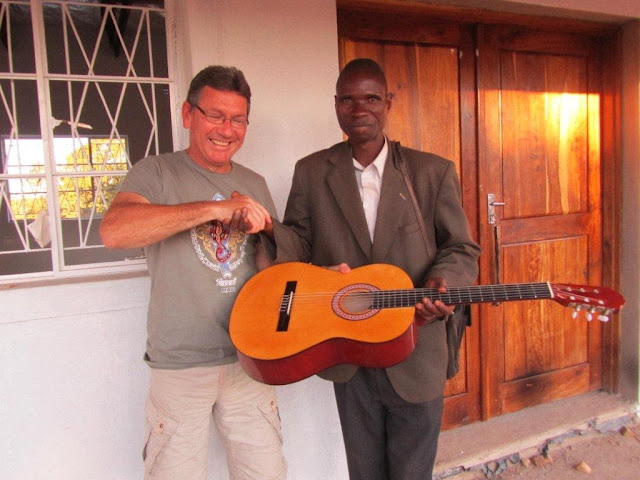 When I phoned him and ask him to come in 2 weeks I was astonished (well not really) to find him at my front door within 24 hours.  His reaction on the phone was overwhelming and he couldn’t stop laughing.  “God answered my prayers ….. after many years …..”, he shouted and I struggled to say goodbye on the phone as he kept on laughing.

The short ceremony was a joyous one and since giving him the guitar that Alex brought from South Africa I saw Paulo in action.  The African sounds from the guitar was like honey to my soul …. and although you haven’t heard him play Alex …. if you close your eyes … you will hear a far distant guitar ringing out praises to GOD because you cared!  Thanks!