Water pumps ‘drops’ from the air!

The dust on the field and the huge failed crop stares Lucy from Sinjal in the face.  Small drops of sweat forms on her forehead as she tries to pick up a few maize cobs to feed her baby.  “Where will my help come from” and she turns on her Audio Bible and listens to Psalm 23 as the reader proclaims “The Lord is my Shepherd ”  She rewinds the Audio Bible to listen to it again.  “Is there any help out there?”, she thinks out loud as she tries to breast feed the baby without success. 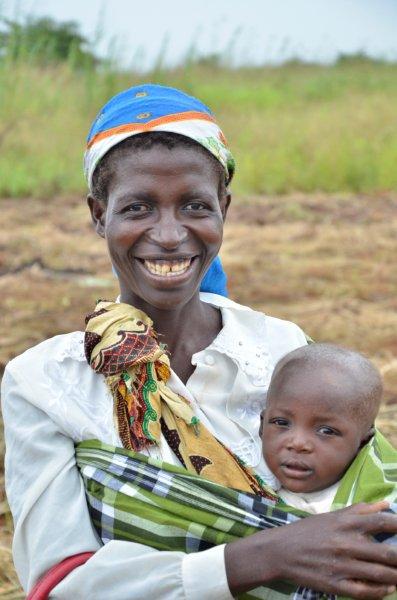 She turns her head to the sky …….   “That was a strange noise” she thinks.  A few men came running in her direction.  One of them has an empty maize bag in his hand.  “What on earth is happening?” she screams from a distance.  The men ignores her as they are occupied and has no time for a screaming women.  They are on a mission. Another man is carrying a very long wooden pole and they are franticly trying to communicate to each other.  “This side ….. no no …. here ….. quickly!”  Lucy watches inquisitively at the scene playing out infront of her.  She watches as a man finds a cut off tree and as he positions himself on the stump one quickly hand him the long wooden pole.  By this time they attached a white empty maize bag to it.  Only one of the men has a watch …. and he anxiously looks on the watch.  Her eyes magnetically stares up at the heavens as if they were forced to do so.  She can’t see anything …. it’s hot and the sun is blinding her eyes. 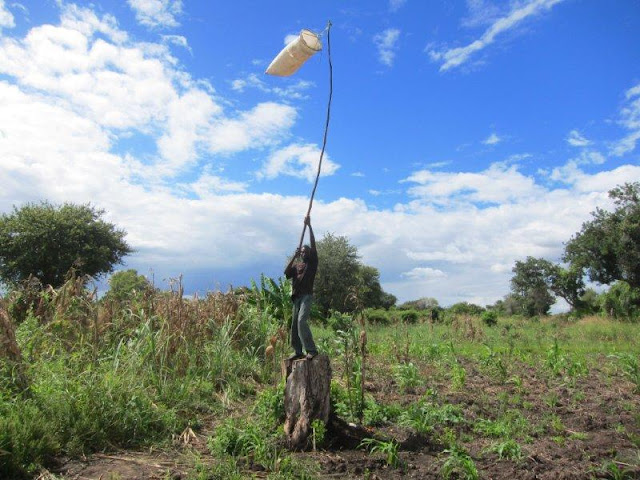 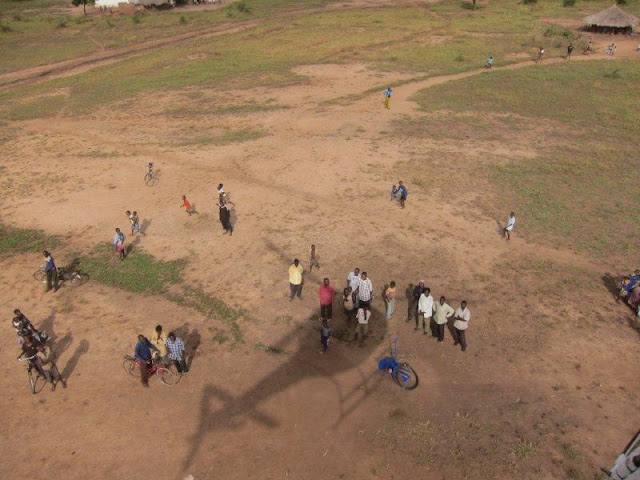 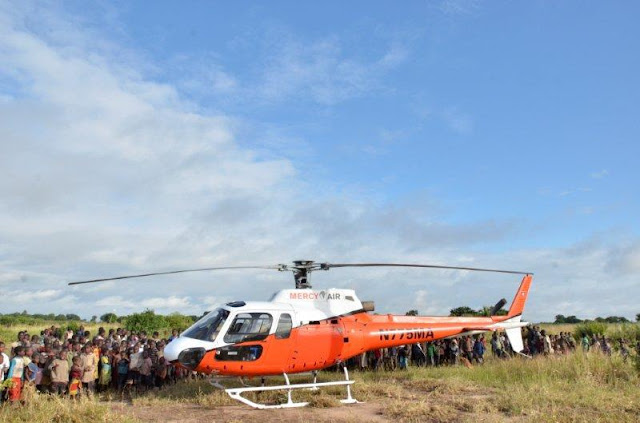 But then she hears something that sounded like rushing water.  The echoes of “The Lord is my Shepherd” still lingers in the background …. but only just as the sound becomes clearer.  “Oh my Lord”, she thinks …. “is it the end or is war on us again”.  At this time the man on the wooden stump franticly waves his flag on the pole.  And then Lucy sees the bright orange helicopter.   Within a few minutes dust flies everywhere.  Rotten maize cobs flies everywhere.  “We brought water pumps from the mission”, Andy Kuret screams above the noise of the rotors.  The local women literacy school and the local Bible school in the area which we serve will each receive  their own waterpump for their agriculture projects.

Lucy feels like fainting.  God has dropped a waterpump in the middle of the bush …. and from the air of all places!   Her mind races as she tries to comprehend what is happening.  Andy Kuret (Baba Bomba as we know him) together with ASAM, SAM and donors were getting ready to distribute more than 10 waterpumps in areas where we have organized Associations.  Alta Rauch has some time ago also started a waterpump project alongside the Zambezi river.  Starving women were given a waterpump from where the woman will come together to setup their own food project with enough water to ensure families are fed during very hungry times. 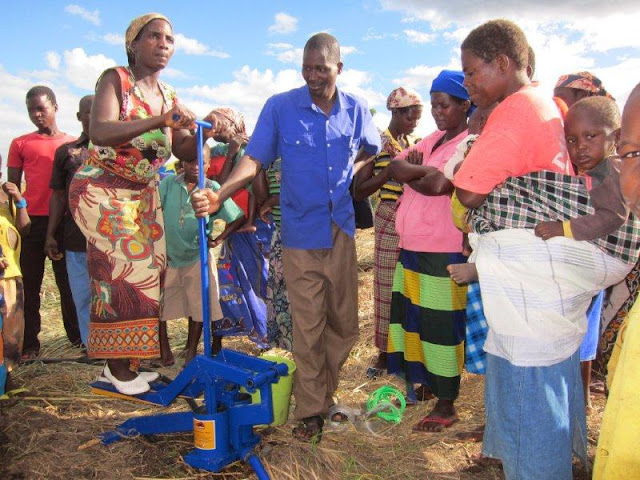 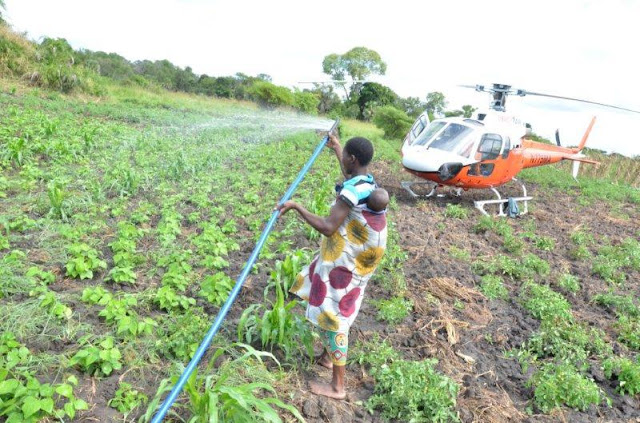 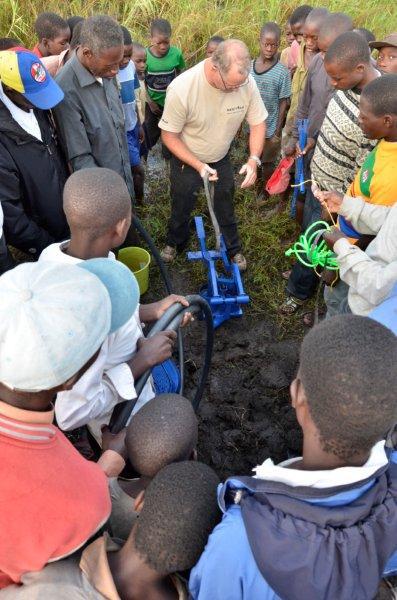 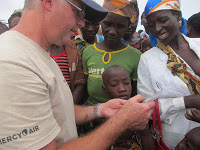 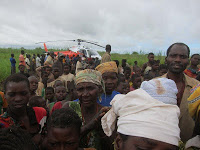 After the women were trained how to setup the pump and were given a demonstration they helicopter left as quick as it arrived.  Silence suddenly engulfed everyone.  The looked at their pump …..  looked towards the heavens, lifted their hands …. and thanked GOD as rain came from above – in a stranger form than usual!  Special thanks to everyone who made this possible – specially donors from South Africa, Switzerland, Canada and Mercy Air (Mateus Reuter).  We were all blessed!