A good man walked amongst us! 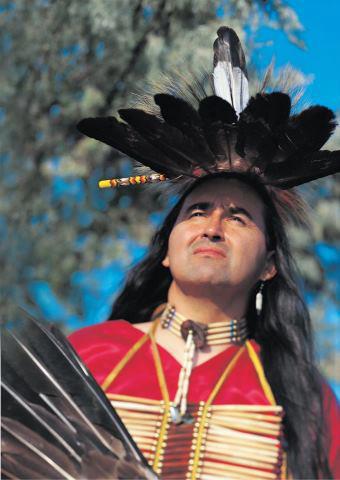 I met Richard Twiss Taoyate Obnajin in Rwanda of all places.  “A true Indian Apache from the USA in Africa of all places”, was my first thought when I met him.  He was giving a talk on reconciliation and shared his own ‘justice struggles’ for his own people in the United States.  I was touched by his humbleness but also for his fire for justice and his heart for people in general.

It was when we entered a church together in Rwanda that I was touched deeply.  I was walking behind Richard when we spoke about the atrocities of the genocide in Rwanda.  The church we visited was a place where 500 people were burnt alive as the doors were locked behind them.  As a reminder of that terrible day most of the sculls were neatly arranged for all to see.  It was terrifying.  Richard immediately stopped and went on his knees for a few minutes.  He stood up and gathered us who were close by and asked for us to join him.  He started to sing a chant in memory of everyone who died there.  It was a holy moment and he understood something of the suffering of people.  That moment touched me deeply.  He understood while we  were still struggling with our own emotions!

To understand this man more I include a paragraph written by Shane Claiborne which will give you a tremendous glimpse of the man and his generous spirit that has impacted so many:

This weekend I was set to speak in Detroit. A few hours before the event, I got news that our brother Richard Twiss had crossed over to the other side, after a massive heart attack a few days ago.

With tears running down my face, we started the event by lighting a candle for Richard and putting his big ole smiling face up on the screen – and we carried him with us through the evening.

Before I went to bed, I read through my emails from Richard over the years – emails giving me advice on everything from marriage to ego… emails helping us honor the First Nations histories as we created Common Prayer… emails teaching me Lakota wisdom and the richness of Native cultures…

…emails that were usually signed “your uncle – Richard”

One of my favorite emails was him teaching me the Lakota phrase “Ikce Wicasa” – which means “common man”. He put it like this:

“In Lakota tradition it is anathema to becoming a bigshot – arrogant, boastful, proud, highminded, etc…. To be humble, simple, “one of the guys” is to be a common man, Ikce Wicasa — it is a thing to be sought after… in my life, I strive to be ikce wicasa — “common man.”

I went to bed staring at the ceiling, smiling as I thought of all the great memories of Richard. And then I thought of one of the gifts he gave me — a turtle shell which hangs in my office. In Lakota it symbolizes a long, full, healthy life. I went to sleep thinking of that turtle shell and of Richard – though he left us much sooner than I would have hoped, his life was a full, beautiful, life well lived. A life that pointed to Jesus.

May our love and prayers continue to pour out for Katherine – and Andrew, Phillip, Ian, and Daniel and the whole Wiconi family… as you grieve his death and celebrate his life.

So Richard – our brother – our uncle – we will miss you. But it won’t be long till we’ll sit around a drum on the other side and dance with the angels together.