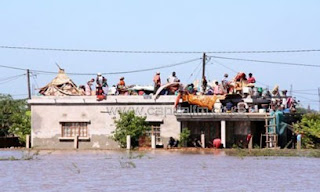 We landed the helicopter during late dusk tonight, as the city of Maputo was already lighting up.

What Mickey and I saw today, is only very slowly sinking in as actual reality.

The Limpopo flooding is as bad if not worse than the 2000 floods. Places we used to land in back then, are now under water. People report that Chockwe town was 2 meters under flood waters. Roads cut. Water as far as the eye can see.

Throughout the country, over the past years, Mozambique’s national disaster management agency,the  INGC, has done a commendable job of relocating thousands and thousands people away from the more flood prone risk areas to higher grounds.

But the ammount of water present during this flood, is simply unimaginable.

Herds of animals trapped on smallest high grounds thight together. So many people, children, grannies, goats, chickens, cooking pots, plastic chairs, capolanos, beds, blankets and buckets, basically everything what people own and hold valuable, rescued to the roof top of their houses. People in trees! People wading thru strong current waters!

First we started with assessment flights with staff from Save the Children, WFP and Oxfam, but then ended up spotting first survivors in the waters!

As I heard a South African Air-Force Oryx-helicopter on the same radio-frequency, I asked him if they were winch equipped and able to come to our GPS-position? The first rescue was two women we found trying to swim thru the brown strong current, holding on for dear life to a closed plastic bucket with their belongings.
The helicopter winch operation was a success and their lives were saved.

Now we continued scouting for more surviving groups of people and directing the SAAF helicopter to the exact locations to rescue them. Some families we found had even climbed into trees! How long had they been there?

Continuing the search, we hovered slow and low over the brown flood waters, not wanting to miss any one of them, but the hard fact for me is realizing tonight, that I know we must have missed people, who could have been rescued. I feel guilty about that. I pray they are found tomorrow. Goverment boats are continuing as well.

In this short op together, we saved probably over 20 women with children on their backs, men, weak and old people- this afternoon alone.

A Save the Children team drove to help people a couple days ago at Barragem, but now got stuck themselves. During a 1hour round trip heli flight we evacuated the staff off the high grounds, back to Xai-Xai. During the 30second turnaround time on the ground, many children came with waving hands, asking to be flown away too!

As I think of those families on the rooftops I ask my self, what do they eat tonight? All the food got destroyed by the surprising floodwaters during the night. How do they go to the toilet, on a roof top? How long will they remain healthy, if they drink only the brown flood waters around them? Do the people of Chilaulani on top of their hoses know people in far away countries care about them? Do they still keep hope?

It was overwhelming to see, we were not prepared for that.
We all need wisdom for tomorrow’s work and flights. 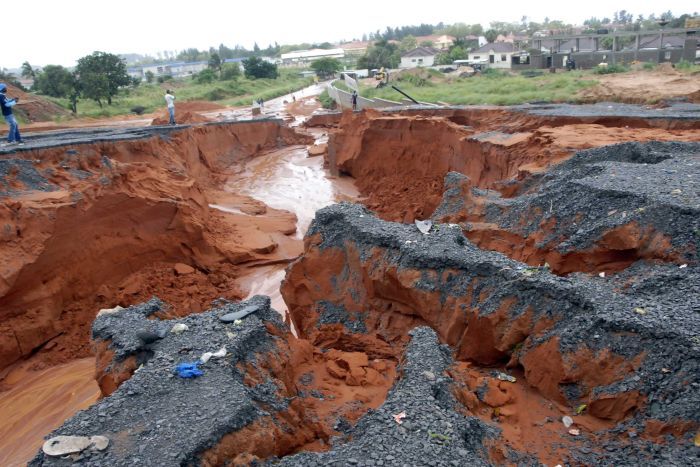