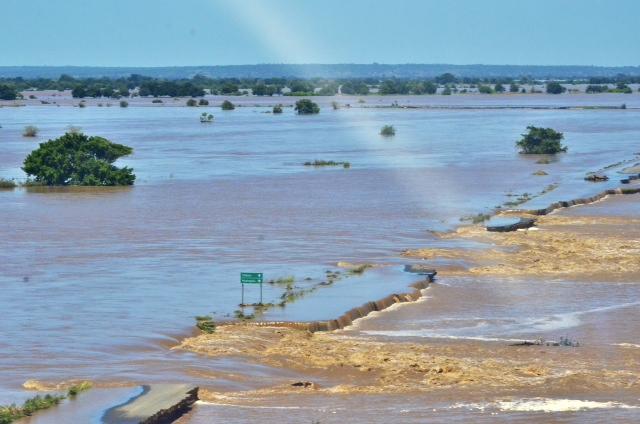 INTENSE flooding in Mozambique has displaced at least 150,000 people, the United Nations says, with the figure expected to rise as fresh rains spread flooding northward.

Heavy rains and overflowing rivers have already killed at least 40 people in the southeastern African country, which is experiencing its worst floods in more than a decade.

The south of Mozambique has been most badly hit, with the province of Gaza bearing the brunt of the flood surge.

There 150,000 residents have been forced to flee to higher ground, UN spokeswoman Patricia Nakell said.

Emergency teams are still reaching isolated areas, adding to the number of victims.

Boats, helicopters and trucks have been deployed to scoop up survivors and taken them to safe camps.


In the town of Chokwe, the scene was one of total devastation.

Palm fronds poking through grimy mud-brown water, offer a clue of what this terrain once looked like.

Nearby, children and families take refuge on rooftops scattered amid the few belongings they could salvage.

At least two women gave birth on rooftops after being marooned by the floodwaters.

Many of those stranded have little more than thin cotton sheets to shelter from the elements, which have once again destroyed their town.

Chokwe was virtually rebuilt after devastating floods 13 years ago.

With water levels on the Limpopo river touching higher levels than those seen in 2000, when 800 people were killed, no one yet knows what the final human toll will be.

Aid agencies and government emergency services have set up scores of temporary camps in the area where flood victims are being fed and housed in tents.

Article:  As reported in the press 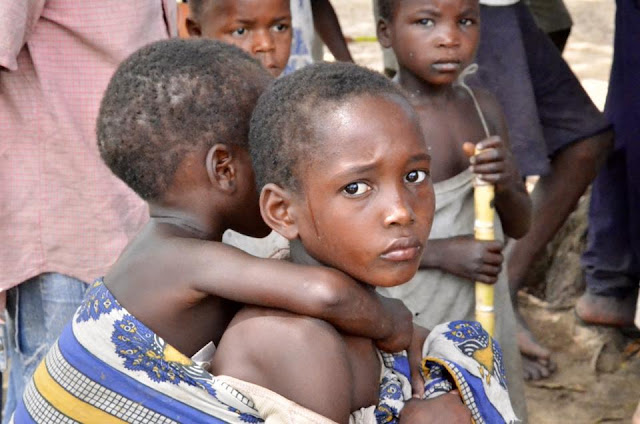 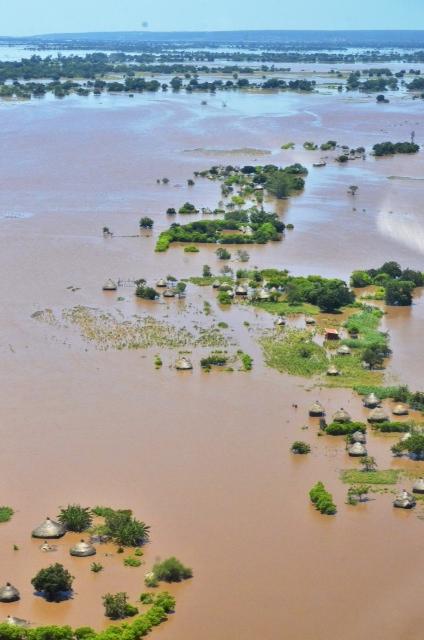 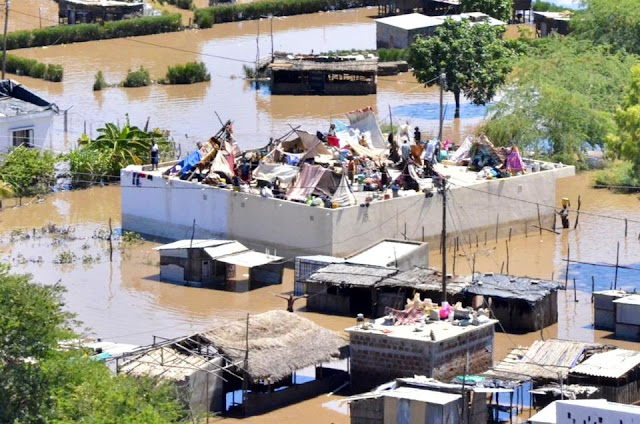 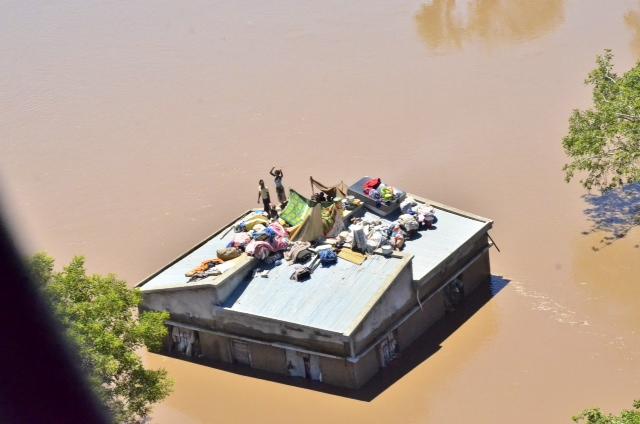 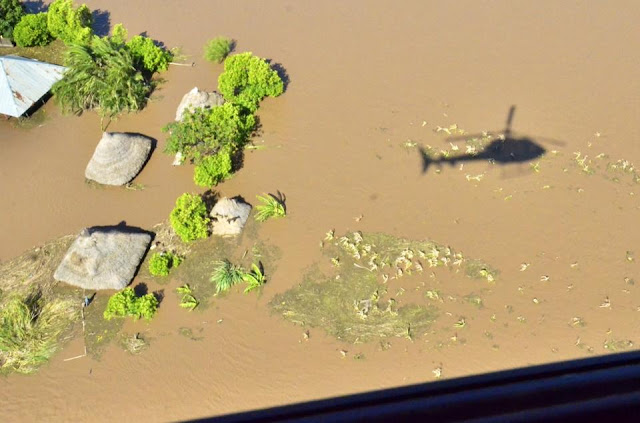 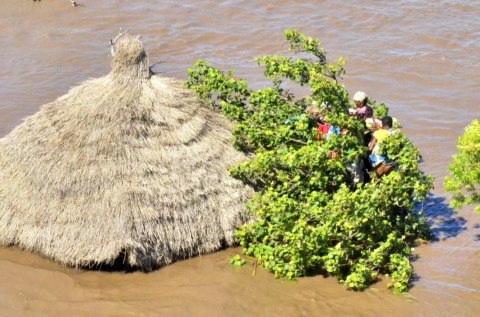 All photos taken by: MERCY AIR