As I am traveling South Africa and sharing what God is doing and how we are winning the battle for the Kingdom …. I stumbled upon very interesting facts about this country I was born in …. and of course I need to share some photos of where I have been! 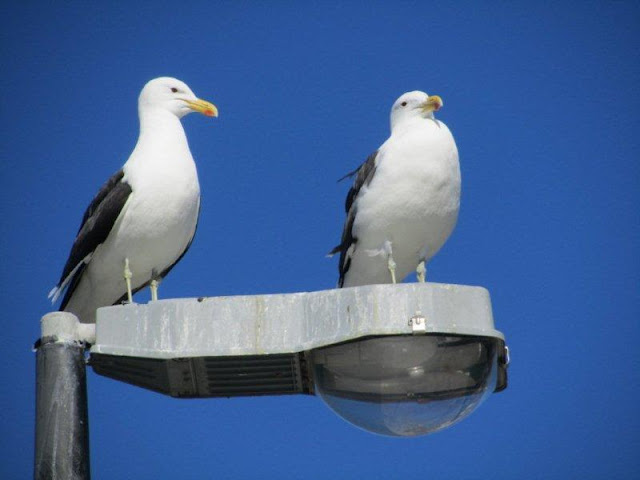 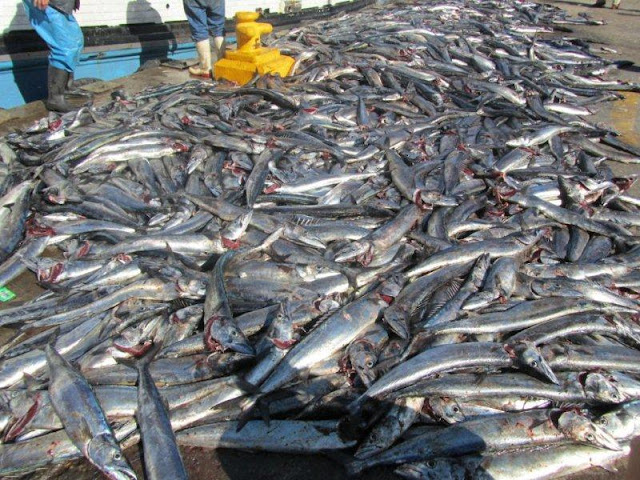 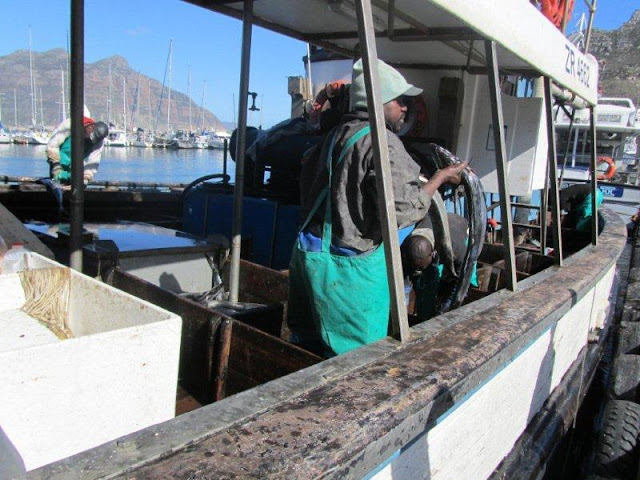 Some interesting trivia about South Africa!

Infrastructure:
The world’s biggest hospital is the Chris Hani – Baragwanath Hospital in Soweto .
South Africa is one of only 12 countries where tap water is safe to drink. Its tap water is rated the third best worldwide.
Pretoria has the second largest number of embassies in the world after Washington , D.C.
South Africa
is the world’s biggest producer and exporter of mohair.
The rand, the world’s most actively traded emerging market currency, has joined an elite club of 15 currencies – the Continuous Linked Settlement (CLS) – where forex transactions are settled immediately, lowering the risks of transacting across time zones.
South Africa mines deeper than any other country in the world, up to depths of 2.5 miles at the Western Deep Levels Mine.
It has the largest hydro-electric tunnel system in the world at the Orange Fish Rivers Tunnel.
South Africa is the second largest exporter of fruit in the world.
Electricity costs are the second lowest in the world.
South Africa is the world’s largest producer of macadamia nuts.
Officially, the youngest language in the world is Afrikaans. By the early-20th century Afrikaans had developed from Dutch, French and other influences into a fully fledged language with its own dictionary. After a mere 90 years, it is the second most spoken language in South Africa (Zulu is the most spoken, the Zulu people being the largest ethnic group).
South Africa is the world’s biggest producer of gold, platinum, chromium, vanadium, manganese and alumino-silicates. It also produces nearly 40% of the world’s chrome and vermiculite.
Durban is the largest port in Africa and the ninth largest in the world.
South Africa generates two-thirds of Africa’s electricity.
There are about 280,000 windmills on farms across South Africa, second in number only to Australia.
The world’s two largest platinum mines are located near Rustenburg.
While occupying 4% of Africa’s landmass, South Africa boasts more than 50% of the cars, phones, automatic bank tellers and industrial facilities on the continent.
The Southern African Large Telescope (SALT), now rising from a Karoo koppie in Sutherland is the largest telescope in the southern hemisphere (and third largest in the world).
South Africa is a middle income country with a strong emerging economy – the 25th largest in the world – and produces more goods than Portugal, Russia or Singapore. It also has Africa’s biggest economy, three times larger than Nigeria or Egypt.
South Africa has the fourth largest coal reserves in the world. Its coal industry ranks sixth in the world in terms of output of hard coal and third in terms of seaborne international coal trade.
Currently, South Africa is the only country in the world that has voluntarily dismantled its nuclear arsenal.
South Africa has 19,004 miles of railway track – 80% of Africa’s rail infrastructure.
South Africa has the oldest wine industry outside of Europe and the Mediterranean, featuring Chardonnays, Pinot Noir, Merlot, Cinsault, Riesling, Shiraz, Sauvignon Blanc, Cabernet Sauvignon and Pinotage varietals.

South Africa has the world’s second oldest air force, established 1920.
The Anglo-Boer War (1899-1902) was the first war of the 20th century and saw the introduction of trench warfare, the first large-scale use of concentration camps for non-combatants, and the most prolonged period of guerrilla warfare by a conquered nation’s military against a victorious army.
Camouflage was first used in battle by the Boers, who used camouflaged trenches and adapted battledress to blend into treeless landscapes.
The world’s first news footage and propaganda films were shot during the Anglo-Boer War.
Technologically, it saw the first use of a generation of weapons that are still with us today – automatic handguns, magazine-fed rifles, and machine guns.
The Guinness Book of Records lists the Anglo-Boer War as Britain’s most costly war outside of the two World Wars.
Travel & Nature:
The Kruger National Park nature reserve supports the greatest variety of wildlife species on the African continent. It is roughly the size of Wales, or the state of Massachusetts (USA), which makes it the eighth largest reserve in the world.
Home to one of the world’s 6 floral kingdoms, South Africa has one-tenth (23 200) of the world’s flowering plants, of which nearly 19 000 are endemic, making it the richest region in the world in terms of species to area – 1.7 times richer even than Brazil. It is the only country in the world to contain an entire floral kingdom.
It is home to more kinds of mammals than North and South America combined; or Europe and Asia together.
South African grasslands have approximately 30 species per square kilometer, greater than the biodiversity of rainforests.
Table Mountain in Cape Town is believed to be one of the oldest mountains in the world. Standing at just over 1000 metres, it dominates the city’s skyline. Table Mountain can be seen as far as 200 kilometres out to sea.
South Africa has the third highest level of biodiversity in the world.
Paarl is South Africa’s third oldest town and home to KWV Cellars- the largest wine cellar in the world (covering 22 hectares).
Kimberley’s ‘Big Hole’ is the largest hand-dug hole in the world and is deeper than Table Mountain is high. Kimberley also has the only drive-in pubs in the world.
Mpumalanga province is home to the Blyderiver Canyon, the third largest canyon in the world – and the largest green one. The Grand Canyon in the U.S. is the biggest, and the Fish River Canyon in Namibia the second, but both are very dry.
The Tugela Falls in KwaZulu Natal, at 948m (3110ft), is the second highest waterfall in the world.
The world’s best land-based whale-watching spot is located in Hermanus, Western Cape.
Mossel Bay is in the Guinness Book of records as having the second most moderate climate in the world.
Seal Island in False Bay is the only place in the world where Great Whites consistently breach (leap completely out of the water) to catch their prey, mainly seals. It also boasts the highest frequency of Great White shark attacks in the world.
In 1991, South Africa became the first country in the world to protect the Great White shark.
According to ‘Trivial Pursuit’, Graaf-Reinett in the Western Cape has the world’s biggest grapevine.
Fossilized footprints were found at Langebaan Lagoon, Western Cape, in a sand-dune-turned-rock. The 117,000 year-old fossils are the oldest known footprints of an anatomically modern human.
Most of the world’s proto-mammalian fossils are found in the Karoo region.
The 2,02 billion year-old crater in Vredefort is the oldest known crater on Earth. The general estimate of its original diameter is roughly 300 km, which makes it the largest crater on the planet, as well.
The Sterkfontein Caves, in Gauteng, is the site where the oldest human skeletal remains were found in the world (3,5 million years old). This is the place where the human race was born!
Close to Oudtshoorn are the Cango Caves, a 3 km long sequence of caverns of glittering stalagmites and stalactites, which makes it the longest underground cave sequence in the world.
The Boesmansgat is renowned as the second deepest sinkhole (about 299 metres) and the largest of its kind in the world. Many attempts have been made at world records in cave-diving in this exceptional sinkhole.
The St. Lucia estuarine system, in Kwazulu Natal, is the largest estuarine system in Africa.
South Africa is home to the world’s smallest succulent plants (less than 0.39 inches) and the largest (the baobab tree).

Business:
The Rand Refinery is the largest refinery of gold in the world.
The South African oil company SASOL has established the only commercially proven oil from coal operations in the world.
The world’s biggest producer of non-fuel minerals is South African company Anglo-American Corporation.
The University of South Africa UNISA is a pioneer of tertiary distance education and is believed to be the largest correspondence university in the world with 250,000 students.
Eskom, the national electricity utility, is the world’s fourth largest in terms of both sales volume and normal capacity.
The De Beers Group of companies control more than 80% of the world supply of rough diamonds.
SABMiller ranks as the largest brewing company in the world by volume. It supplies up to 50% of China’s beer.
Samancor Limited is the world’s largest producer by sales of manganese and chrome products.
The Johannesburg Stock Exchange was the 7th best performing stock market in 2005, according to the World Federation of Exchanges.
Stellenbosch University was the first university in the world to design and launch a microsatellite.
South Africa is the sole producer of the Mercedes Benz C Class, right-hand drive vehicles.
KSDP Pentagraph is rated as the world’s second best design company by British design magazine, ‘Creative Review’. The company is responsible for the new-look packaging of ‘Fanta’ and design modifications of ‘Coca-Cola’ soft drinks worldwide.