GETTING THERE
Getting anywhere in Mozambique is a mission – literally.  When 15 very brave souls accompanied me to Gorongoza, I felt kinda like Moses.  I was excited but overwhelmed.  Without water, beds, food and peak malaria season, I wondered how God would make this outreach work.  And … Canaan …. was very far.  It started when Steven (pastor and leader of the group) called me via Skype and said they wanted to touch people who has been forgotten in the Mozambican bush. I immediately knew where I wanted to go – but were they up for the task?  It was a very diverse group of disciples who left the mission base early Saturday morning.  We had a funny dentist, a sporty doctor, a serious chartered auditor, a police specialist, a swim instructor, business people and a few young people.
I didn’t take to much interest in the few thunder clouds above.  I wish I did, but a little more on that later.  Gorongoza was an extreme hotspot during the long civil war in Mozambique.  It is a vast and beautiful area surrounded by mountains.  Getting there will take some effort and after looking at the various luxury vehicles I wondered who would loose a wheel in the process.  We slowly krept at 50 km/h and avoided was the unavoidable.

We met our Gorongoza contact, the ever friendly past. Gonzalves on time.  Gonzalves and I has had a 12 year relationship and he is great man of God.  I love going into the mountains with him and can recall many great outreaches.  But he is a man that takes no prisoners.  He will take you wherever the need is, even if it means you come back without a leg.  We quickly stopped over at this house and our co-workers took the chance to spoil him and the family with some maize meal.  “Yes …”, he nods with a smile, “it has been a hard season with no crops and very little rain.”  I look at the sky and thought:  “Mmmm sure looks like rain could be on its way!” 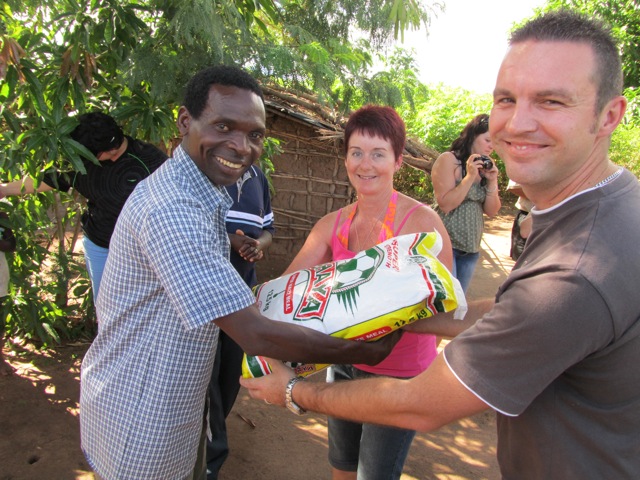 We slowly started heading our vehicles north east into an area called Tsaka.  Of course you won’t find that on any map and even my GPS (that lady with the irritating voice) kept on reminding me that I am now on a 4×4 track.  I knew that. 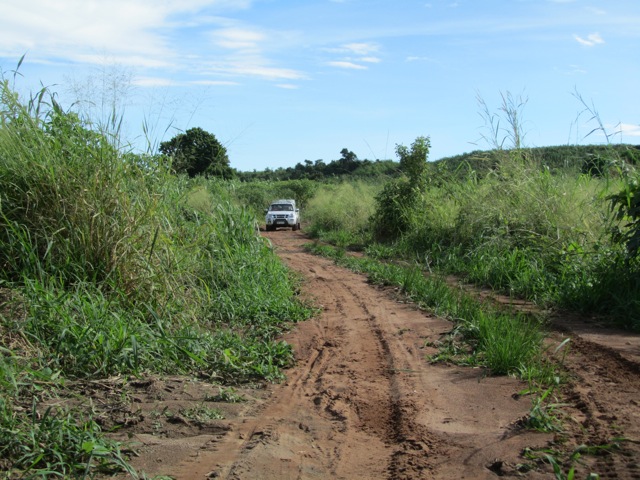 After nearly a hour on the road and my friends dissapearing in my rear view mirror I had to ask Past. Gonzalves in my best and most loving face:  “Pastor how far must we still go.  It has been a hour!”  “Don’t worry – just over the next hill.”  My goodness, I thought.  This man is lying in my face.  He reads my mind and quickly adds:  “Well, I am actually encouraging you – not far now.”  We arrived a hour later.  Setting up camp in the middle of nowhere is not a difficult task.  Everyone wants to help and many has never seen a vehicle or a ‘mazungu’ (white man) so many babies and toddlers run for their lives.

To my amazement word has spread quickly that we have come to help and brought some special Good News.  600 people gathered from nowhere – and so did the clouds.  We’ve setup the Jesus movie equipment and danced with the kids and inquisitive bystanders.  Their hunger to receive good news was touching to say the least.  A few drops started falling but the people stood motionless – eyes fixed on the first movie of a man called Jesus – played infront of them.  In the crowd was a witchdoctor.  We treated him like everyone else.  He gave his heart to the Lord after some serious prayer.  One of the team members spent a hour with him until he was a changed man.  To see his face change was a miracle in itself.  It was only the next day that the pastor rejoiced and told us that the whole village visited his house to rejoice with him.  God moved in a special way through the life of one witchdoctor.  The rain stayed away during the Jesus film (albeit for a few drops).  We rejoiced. 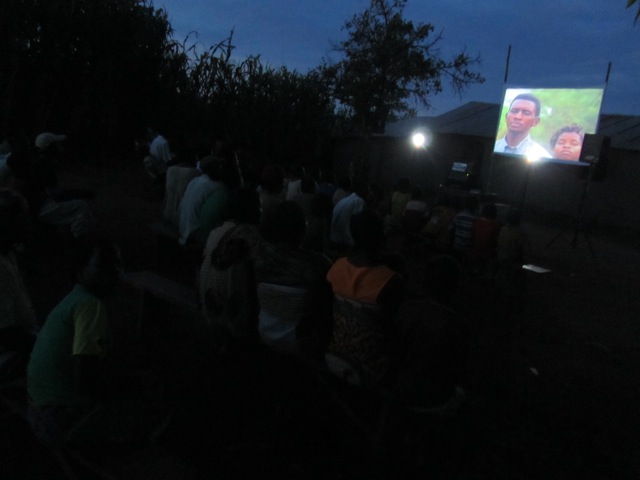 And then the black clouds gathered and rain poured in buckets.  The team continued as it was a normal acitivity and set up breakfast like it was a hotel next to the beach.  Church was about to start and the team invited all those who gave their hearts to Christ to join us the next morning for fellowship.  More than 400 people arrived in a packed church. 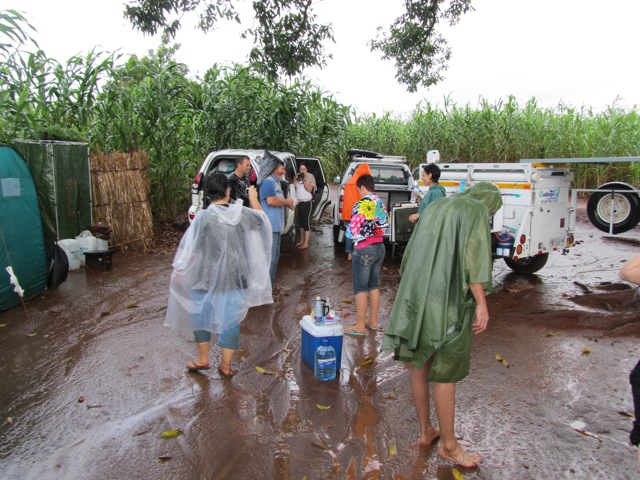 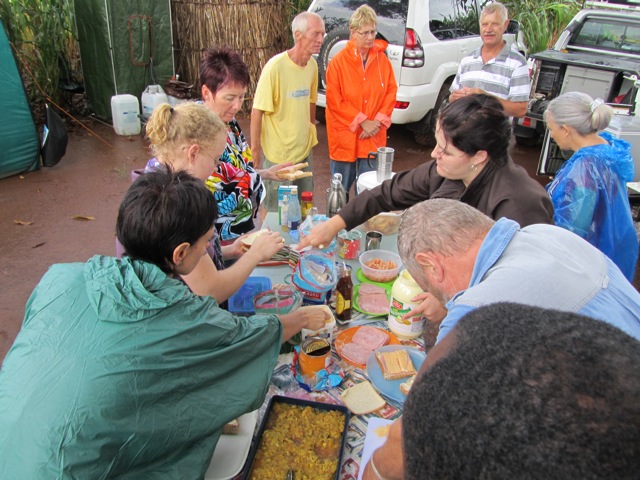 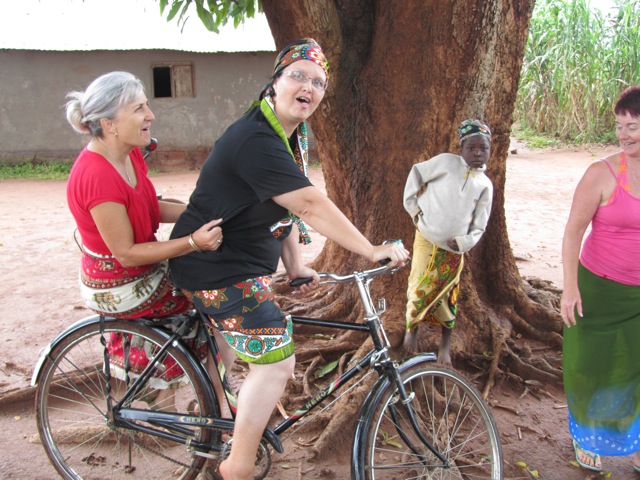