In our part of the world we follow African politics very close.  It is important for various reasons as the Zimbabwean tragedy enfolded.  We were, within weeks, bombarded with thousands crossing the borders.  These tired, homeless and wonderful people of Zimbabwe was looking for a roof over their heads and something to fill their stomachs.  No jobs, families scattered and a nightmare enfolding in front of their and our eyes.  And it happened quickly.

Much like the chaos all around the world.  If CNN can hardly keep up with the latest uprising and news what makes this thought special.  Well – I have carefully observed the following which could influence us in the near future: 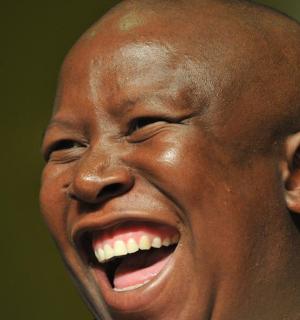 A young, arrogant leader, Julius Malema, stood up and got a stage from government to speak up on behalf of all the young, unemployed and poor people of South Africa.  In any normal setting this is applaudable.  But unfortunately that is where it ends.  Malema – a populist with a disastrous agenda has started a revolution of hate speech against all white South Africans calling them thieves and threatened to take away all land and distribute it to the poorest of the poor.  Although some ideas and thoughts have merit the nationalisation of mines and banks makes absolutely no economic sense.

He supports Mr. Robert Mugabe and both “leaders” share the same philosophy – politically as well as economically.  Most South Africans have responded with fear – with some even leaving their beloved country altogether. Mr. Robert Gabriel Mugabe is still successfully clinging to power thanks to the army and police.  The police state (which means road blocks every 3-5 km’s) has paid huge dividends to keep Mr. Mugabe in power (and of course the newly found rich diamond mines in the east).  Many people still live in fear, poverty and many lost loved ones due to Mugabe’s criminal thugs attacking and killing young ones.

Mr. Morgan Tswangerai (Prime Minister and opposition leader) has been named an enemy of the state and one of his leader has been taken into custody and disappeared.  Mr. Mugabe is trying to call early elections to be re-elected at the age of 85.

What is sad and worrisome as I spoke to an ex-Zimbabwean who fled to Mozambique when he said:
“Mugabe is a good man,  my family has food on the table and we have fuel and maize in the country.  If we have food …. we vote Mugabe.”  Trying to explain a gospel of justice to the man was impossible.  And again I realize how much prayer Africa needs.

Thank you for praying with us.