It’s been way too long ….. but here I am again!  Been running ….. I guess like the rest of the western world ….. rat race!  I am in a bush race and it feels just as tiring as the rat race!  Trip to Kenya went well and after the Amahoro gathering discussing one of the most challenging topics I have ever dealt with:  “Gospel Economics:  land, labour and love.”  But more on that a bit later.

As I arrived in Mombasa, greeted by a warm and humid wind blowing in my face as I left the plane, I was pleased to see the many friendly faces which I got accustomed to in Nairobi.  “Jumbo … my friend … a taxi just for you” the toothless driver greeted me.  “Jesus will protect you” was written on his Toyota window.  That message had to be some or other prophecy I thought ….. rather wait for the bus!

The Amahoro gathering took place for the second year at the Mombasa Continental Resort.  And what a place it was!  Meeting old friends as I entered is always a highlight.  Sharing and listening to their stories of countries still struggling with war, hunger and other social dilemmas.  But before I continue ….. a quick look at some interesting faces and experiences via my willing photo lens. 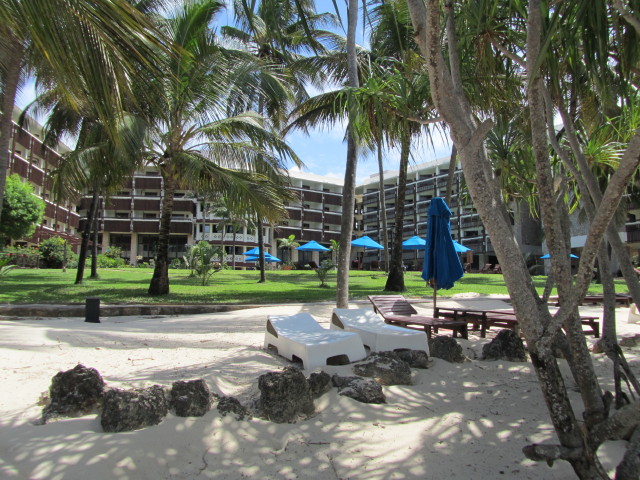 As an African I have learned that this beloved continent of Africa really has some amazing church and community leaders.  And yet again I was blown away by their humble spirit and willingness to make Africa and more specific their countries and communities “true transformational models”.  My brother from the Congo started a successful “rubbish” project by cleaning up the town Goma and changing not just the community but changing the way government sees the creation around them.

Claude Nikondeha preached in a church that was build on a rubbish dump.  After sharing God’s creation plan for mankind ….. he returned later to find out that flowers was planted all around the  church …. on the rubbish dump.  Great transformation.

And so I can go on and on!  We conversed on the marketplace, on advocacy and the theology of God’s Economics and many of the conversations came up with wonderful plans.  BUT it was more than just the plans ….. it was about creating an urgency to start the conversation further than our hotel …. but to shout out the message on how God sees His Economy to all the nations!

Stories from Burundi where one of the poorest and neglected tribes … the Twa started successful food gardens and then started to share their food with their neighbouring communities was touching to say the least.

BOTTOM LINE:  God created enough resources on this planet so that every human being inhabiting this planet would have enough to sustain himself …… and not just enough …. but enough to share with his neighbour.