It’s Buddy and BB Grace!  Sounds like a heavy weight boxing match coming up in Las Vegas …. yeah right!  It’s Mozambique and I have again experienced something quite unique today.  Barbara Wayner (Mercy Air – Mozambique) decided to adopt a small Duiker buck (BB Grace) after ‘she’ was caught in a snare set by illegal poachers.  Seeing an animal in a snare is something you would rather abstain from.  It is ugly.  The small buck was a new born and barely a week old when she was caught.  Without too much detail – the buck was traumatized (as we always find them here in the bush – they are always cruelly hunted!), badly injured around his neck.  We all thought she would not make it – never mind barely survive. 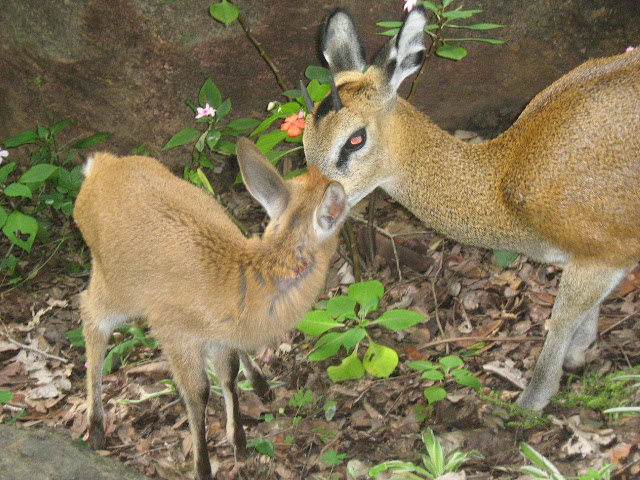 But she did.  Our other orphan buck is a Klipspringer and has just officially become a teenager with an attitude.  BUT ……. to come back what I have experienced today.  Buddy and BB are from different tribes altogether and would never mix in nature.  Today though … Buddy officially adopted the little Duiker.  The transformation (there I go again) was absolutely astonishing.  BB who is still weak and are struggling to walk suddenly realized that he is not alone in life – his own ‘specie’ has found him.  She started running and jumping in the air ….. and even started grazing! 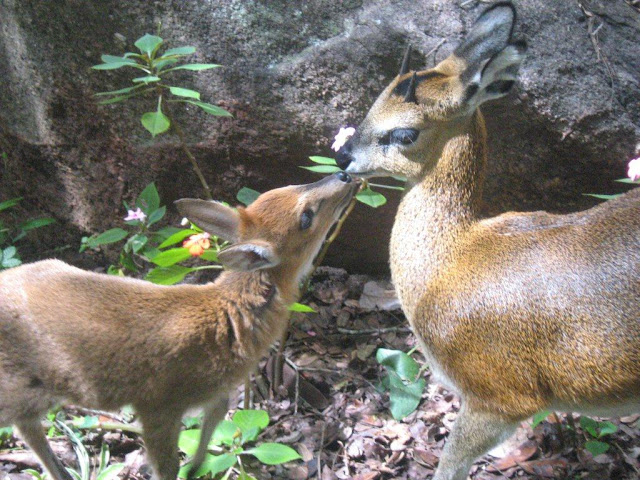 I watched this with amazement from my office window in the house.  And it was wonderful to see what “presence” could do …. even if it was only a buck taking care of another orphan!  And I have realized how important a Gospel of Presence is in this world.  It was a spiritual experience as I watched Buddy protecting and taking care of this “damaged” Duiker.  And I was again reminded that GOD is in the business of touching hurt people.  And I am so glad …. I was touched by HIM!