Who is Joao Benjamim from Mozambique? 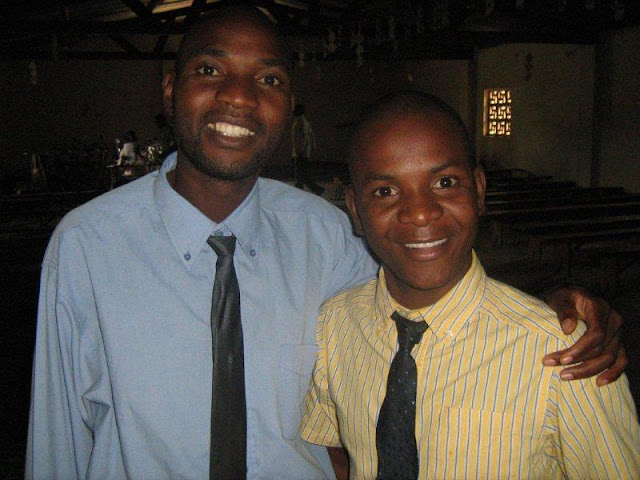 I often talk about transformational engineering and how we make that our primary business where we are working in Mozambique.  Without philosophising to much about what needs to be engineered and what needs to be transformed the bottom line is that our work is ALL about restoring God’s creation and in many cases just being an agent of bringing Christ’s redemption to his people all around the world.

In many ways this is not an easy task.  Many tears …. but much joy.  Adding to our joy is a young man who joined us as an official missionary (I like the word “Transformational Engineer”) in Mozambique.  Joao has been with us for many years working and serving the great Missio Dei of God.  Joao wanted to finish his studies which was sponsored by the mission.  He successfully completed his Business Management degree at the University of Maputo.  When he was asked …. “where to from here” his answer was very clear that God has called him to serve Mozambique in a holistic way and as a missionary would love to join our endeavour here.  That meant serving without a salary or any other way of income but to take responsibility to fund raise for himself and the work that God has layed on his heart.

Joao grew up on the Zambezi delta in a town called Mutarara.  He knows suffering, hunger, death and can recall every time they had to flee from a raging and rising Zambezi river.  We found Joao through Dwight while we were looking for a Senna interpreter ….. and with his eagerness and leadership immediately realized that God had a plan through this young man.  Joao speaks 5 languages fluently including English.

Joao will work very close with the church in the delta by setting up “pastors associations” to help struggling areas with food security while serving the church.  He will be based with us but work all over Mozambique.

Joao will also be an active advocate for Amahoro in Mozambique working with churches and communities by creating dialogue opportunities about issues on justice, reconciliation and other matters.