We have been blessed yet again!  Imagine having 2 dentists from Switzerland – first world equipment – and serving part time in Africa treating all who has never seen a dentist for free!  Stop imagining – it is for real and it all are happening this week.  Meet Roland and Anne-Marie, husband and wife team from Switzerland who gets great joy from helping the poorest of poor communities in Mozambique.  They have been all over the world to serve (yes, their real job is still being dentists in Switzerland!) – but every so often they break away to serve ….. just because they care.

Amazing!  That made me wonder where dentistry all started.  Here’s something to chew on (if you still have all your teeth!)

Taken from  Wikipedia (where else would we go?) 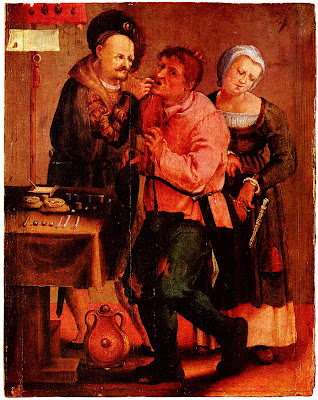 The Indus Valley Civilization has yielded evidence of dentistry being practiced as far back as 7000 BC.[15] This earliest form of dentistry involved curing tooth related disorders with bow drills operated, perhaps, by skilled bead craftsmen.[16] The reconstruction of this ancient form of dentistry showed that the methods used were reliable and effective.[17]
A Sumerian text from 5000 BC describes a “tooth worm” as the cause of dental caries.[18] Evidence of this belief has also been found in ancient India, Egypt, Japan, and China. The legend of the worm is also found in the writings of Homer, and as late as the 14th century AD the surgeon Guy de Chauliac still promoted the belief that worms cause tooth decay.[19]
The Edwin Smith Papyrus, written in the 17th century BC but which may reflect previous manuscripts from as early as 3000 BC, includes the treatment of several dental ailments.[20][21] In the 18th century BC, the Code of Hammurabi referenced dental extraction twice as it related to punishment.[22] Examination of the remains of some ancient Egyptians and Greco-Romans reveals early attempts at dentalprosthetics and surgery.[23]
Ancient Greek scholars Hippocrates and Aristotle wrote about dentistry, including the eruption pattern of teeth, treating decayed teeth andgum disease, extracting teeth with forceps, and using wires to stabilize loose teeth and fractured jaws.[24] Some say the first use of dental appliances or bridges comes from theEtruscans from as early as 700 BC.[25] Further research suggested that 3000 B.C. In ancient Egypt, Hesi-Re is the first named “dentist” (greatest of the teeth). The Egyptians bind replacement teeth together with gold wire. Roman medical writer Cornelius Celsus wrote extensively of oral diseases as well as dental treatments such as narcotic-containing emollients and astringents.[26][27]
Historically, dental extractions have been used to treat a variety of illnesses. During the Middle Ages and throughout the 19th century, dentistry was not a profession in itself, and often dental procedures were performed by barbers or general physicians. Barbers usually limited their practice to extracting teeth which alleviated pain and associated chronic tooth infection. Instruments used for dental extractions date back several centuries. In the 14th century, Guy de Chauliac invented the dental pelican[28] (resembling a pelican‘s beak) which was used up until the late 18th century. The pelican was replaced by the dentalkey[28] which, in turn, was replaced by modern forceps in the 20th century. 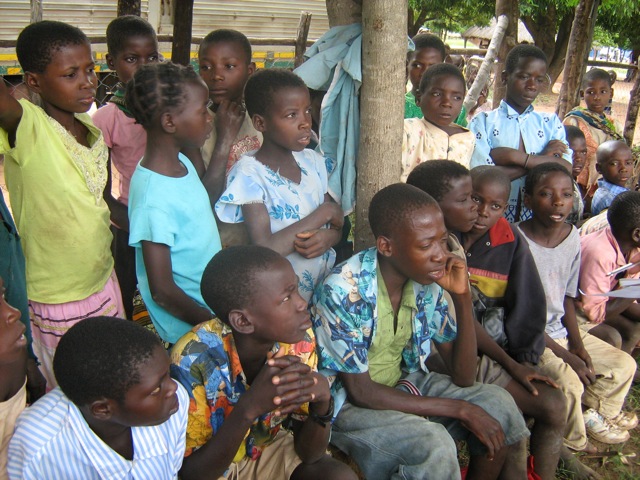 PHOTO:  We had to transport all our kids to the clinic.  Their worried faces told the story on their first
visit to the dentist.

If you compare the middle ages with the methods we still use in Mozambique it would … well be
very similar.  Going to a “dentist” in Mozambique would mean:
1.  Your “dentist” did not study at any university …. rather …. he would came from the University
of Pain!
2.  He will NOT have all the tools to do the job.  The pliers will have to do …. seriously.
3.  The handmade tools will not be sterilized as you enter his own makeshift “office”.
4.  There is NO anesthetics.
5.  You pay upfront!  No guarantees and NO refunds.
6.  If he breaks your tooth ….. “it comes with the job”.
7.  There is no filling available as their is no machines and no electricity.
8.  Did I mention that he is not a “doctor”? 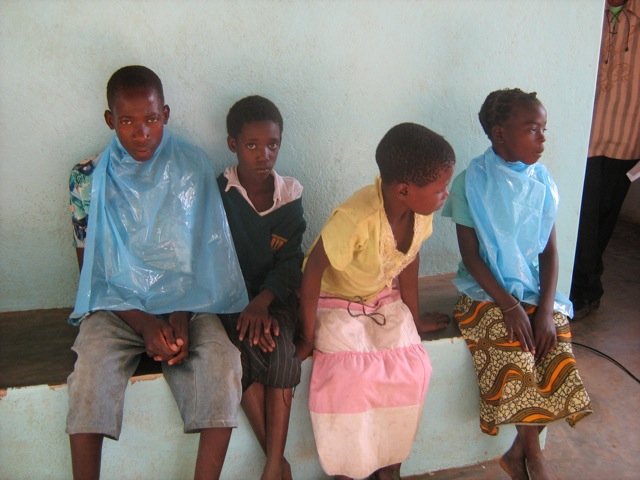 PHOTO:  Lining up and being prepared!

All of that to say that we were privileged to have covered our whole Primary School’s dental hygiene
today.  I stop counting how many teeth had to be pulled but the relief after the “surgery” was on every kid’s
face.  For nearly all our kids this was their first visit ever to a dentist.  Although we teach dental hygiene in
our health manual it is nearly impossible to find a dentist to help our kids in the bush. 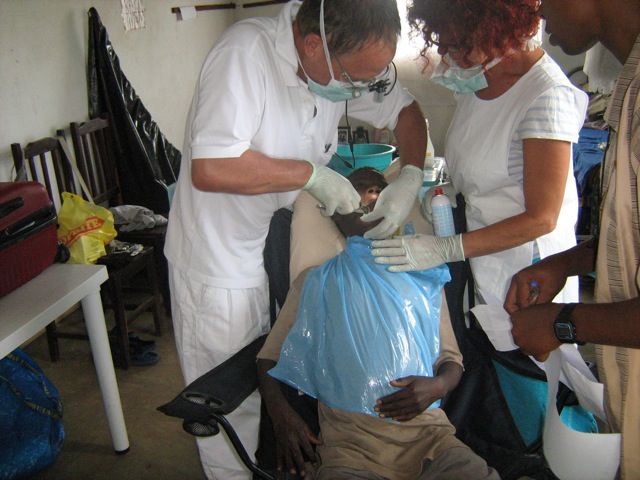 PHOTO:  I am going to reserve my comment on this photo and Roland and Anne-Marie do what they do best!  (And I though the Swiss was all about chocolate!) 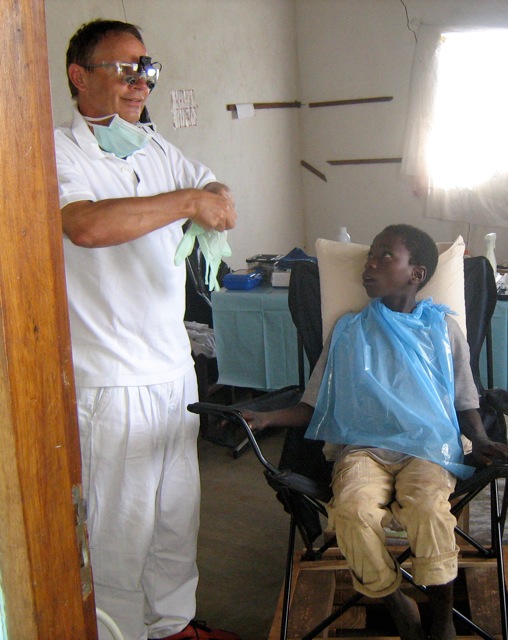 PHOTO:  It’s all about faces!  The doctor vs the patient.  Both emotions tells a story. 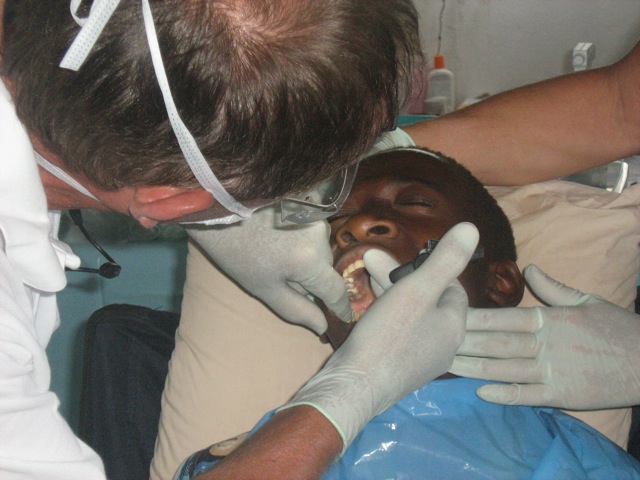 A successful day with great people all around.  Thank you Roland and Anne-Marie …. and Switzerland.