I started my trip at 03:45! It was raining in Zimbabwe and the road overcrowded at Beit Bridge with trucks coming and going. I have to admit this was the most economic activity in a long time. “Things must be changing for the better”, I though quietly. I am rudely awakened from my thoughts as I have to avoid a head-on collusion with a truck on the narrow potholed stretch between the south and the eastern highlands of Zimbabwe. 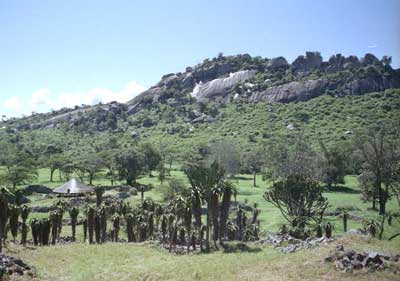 PHOTO:  A typical scene in rural Zimbabwe – close to Masvingo. 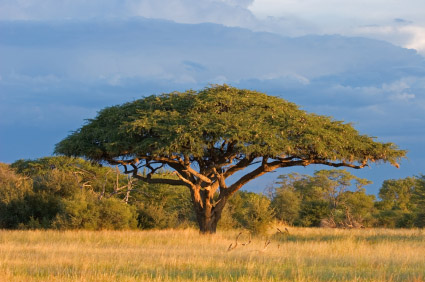 PHOTO ABOVE:  Beautiful Zimbabwe during sunrise and sunset with some Masasa trees. 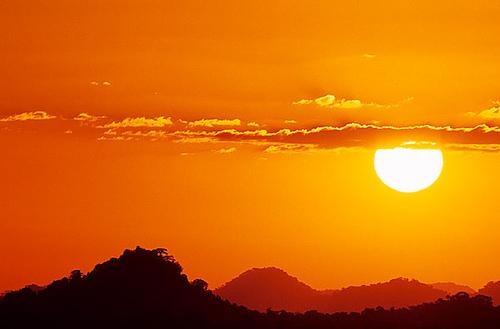 All is peaceful in the soft rain and it looks like a bumper maize harvest for the local rural communities as I drive through various rural townships. All is peaceful …. until I got to the usual roadblocks. The should be absolutely NO misconception about the fact that Zimbabwe is a total “police state” at the moment. Every 5 km after crossing the Birchenough Bridge we were forced to stop for roadblocks. Although police and military officers were friendly (strangely enough not the ladies …..! Made me think of the praying mantis!) After nearly 15 stops declaring we are carrying nothing that would undermine the safety of old Bob (Robert Mugabe) we could proceed without any problems. YES, nothing has changed in Zimbabwe 2011!  I could unfortunately (for obvious reasons) not take photos at these road blocks to place them in this article.

“I WILL RULE AGAIN AFTER THE NEXT ELECTION …. UNTIL I AM 93” – Robert Gabriel Mugabe

Robert Mugabe is 88 years of age. Most men I know at 88 are gentle, frail and understanding. Maybe his wife’s affair with the President of the Zim Reserve Bank made him angry but Bob is on the warpath again. The relationship with him and Morgan Tswangerai (the man he stole the election from) has deteriorated beyond repair. And the local Zimbabwean (who doesn’t vote for the ZANU-PF party) is once again fearing for their lives. Except for the fact that the ruling ZANU-PF has taken their election campaign to the pulpit the Catholic bishops in Zimbabwe has voiced their concern over rising political violence in Zimbabwe.  Add that to the fact that previous President of South Africa, Thabo Mbeki are implicated in vote rigging during the previous election (thanks to WikiLeaks) makes the Zim issue a volcano waiting to erupt …. again. 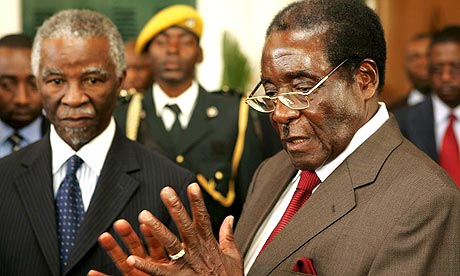 Please pray for the current situation in Zimbabwe.  Mozambique president, Armando Gabuza has announced recently that he will retire after the next election.  Maybe old Bob should learn from the democracy of his neighboring state (where we are going for our 3 president in less than 15 years), Mozambique where peace prevails boldly! 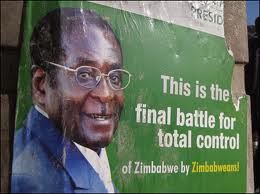