The way we were brought up will eventually determine the way we think, act and even understand Scripture.  Sometimes even the church struggles to grasp what its role is in the 21st century.  Speak to any generation-X or generation-I student and he or she will quickly tell you that the church is struggling to be relevant in the times we live.

We sometimes preach and emphasize heaven and hell so much that we forget that the Kingdom of God is right here too – on our beloved planet …. in Mozambique.  We need to LIVE NOW and be the hands, eyes, ears and feet of Jesus right here and submerge into the problems of our time.  Sadly many in the church (and hey …. yes there is very good churches and disciples too) still struggle to see that they can make a difference in communities, in the economy and in a nation. 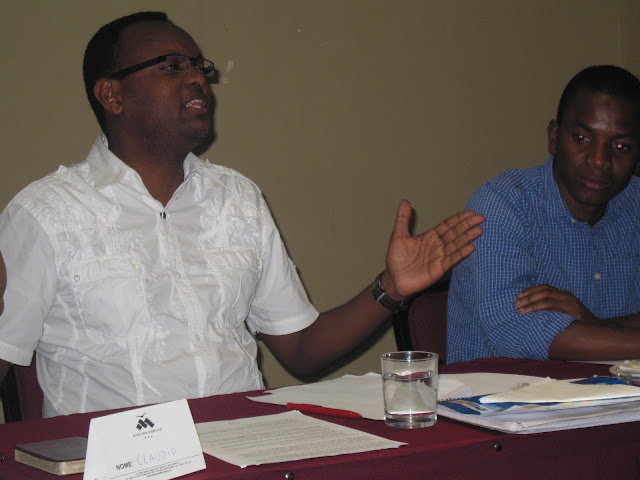 And that is one of the purposes of Amahoro.  To get the “movers and the shakers” in our churches to stand up and converse on how to act.  Our time in Maputo with Claude Nikondeha was an eye-opener to many of the leaders invited.  We concentrated on “Creation and the Cycle of Crises” and the way we look at Genesis 1 and Genesis 3. 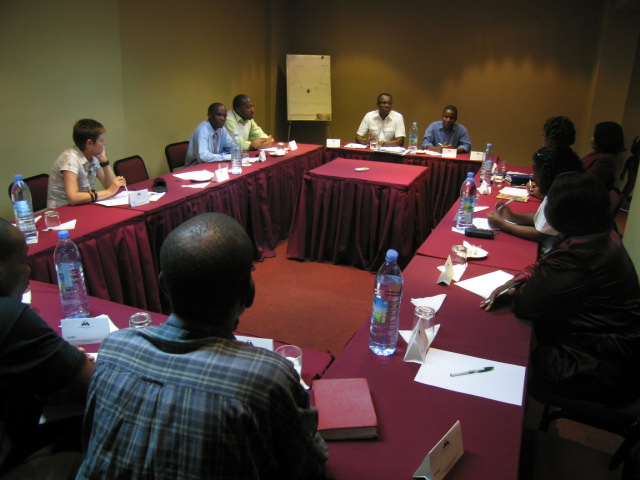 Photo:  The Maputo Amahoro group came from all walks of life.  Journalists, business, Church leaders, lecturers from the University and community activists.

The confrontation between Genesis 1 and Genesis 3 is a huge one.  Leaders had to decide where they came from – from a Genesis 3 viewpoint where we start with a crisis or what God has intended us to be in Genesis 1.  A big shift for many. 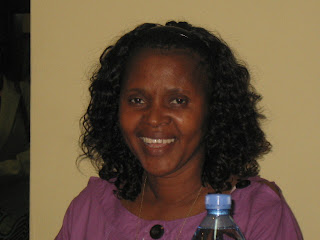 Our second day concentrated on “Redemption and Restoration”.  Again many leaders were confronted during conversations.  The input from the Maputo, Mozambique group was astounding.

The Editor of one of the Christian newspapers, Laura had much to say about Amahoro afterwards.  She said:  “We needed this conversation a long time ago – while churches are fighting and some enriching themselves – people and communities are dying.  We forgot to bring true “restoration”.   We will take this message further!”

Photo:  Laura – Editor of the “Brilho Celeste – Jornal Interdenominacional Christao” had much to say about Amahoro in Mozambique. 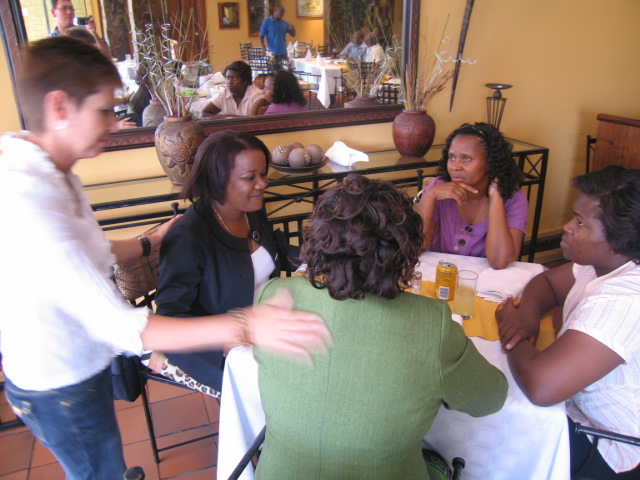 Thank you Amahoro and Claude for taking the effort to come to Mozambican soil.  The conversation continues in Maputo (27 November)  and northern Mozambique. 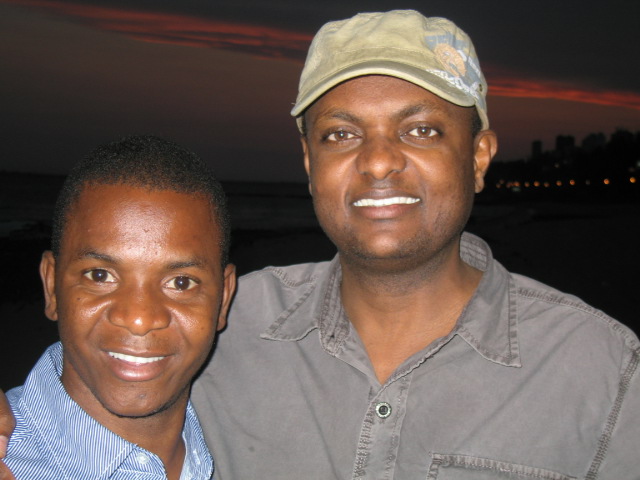 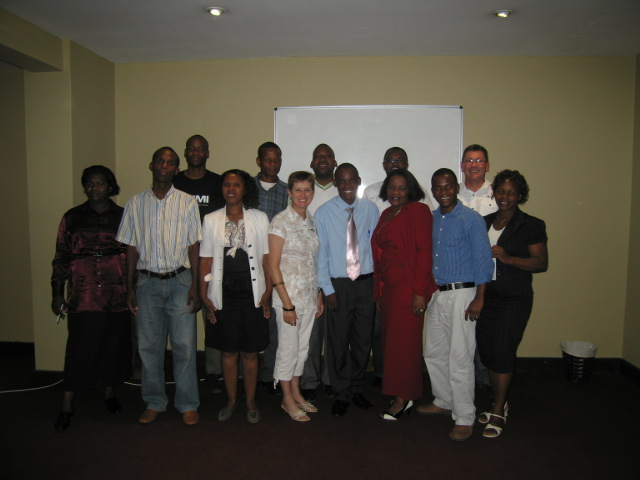 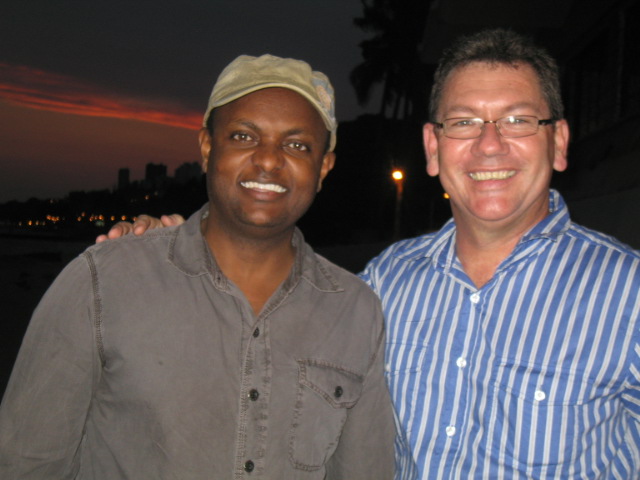 Photo:  Claude Nikondeha and Francois Rauch with Maputo city in the background.

May we truly LIVE JESUS in THIS life too!