The River Women of the Zambezi: Day 2 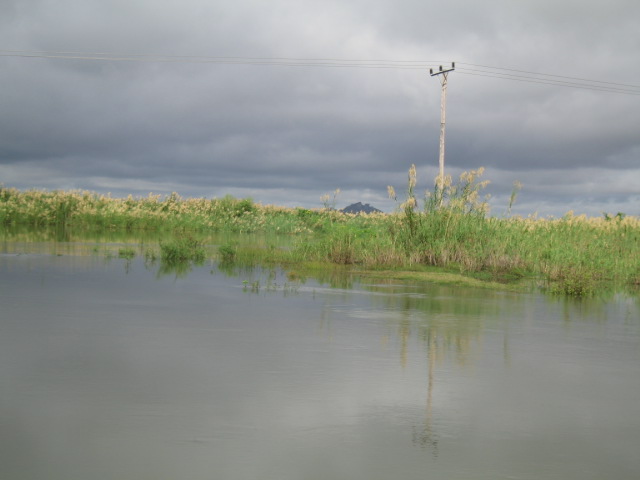 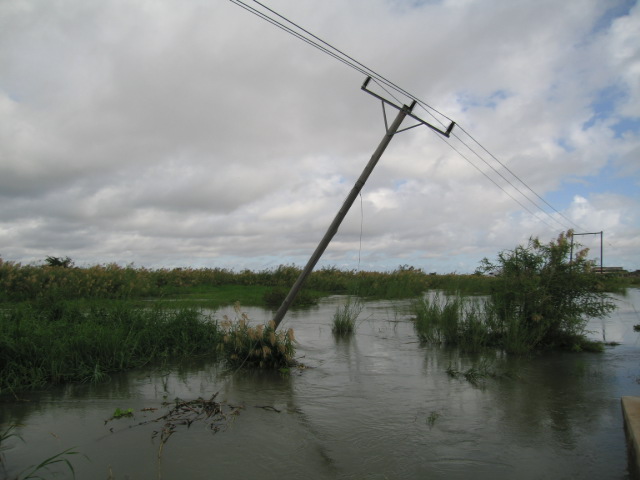 We woke up on day 2 in Mutarara.  A quick breakfast – bread and coffee is what was available.  Someone ran over to where we were sleeping with a message that the river flooded its banks again and we will not be able to visit a very remote women school on the Zambezi river – Inhangoma.  The ladies (who never had a visit from anyone) were devastated.   Alta and Eunice decided that if it wasn’t possible they will cross the river by boat and at least meet some of the leaders on the other side of the river.  I told them cautiously that there is no official boat.  “It will only be a dugout tree – and crocodiles were very much hungry at this time!”  (I actually knew it was breeding time – but I had to try and keep the ladies sane.)  The didn’t listen (it’s the whole Mars and Venus thing all over again I thought silently).  “We have to encourage the people and tell them to continue studying.” 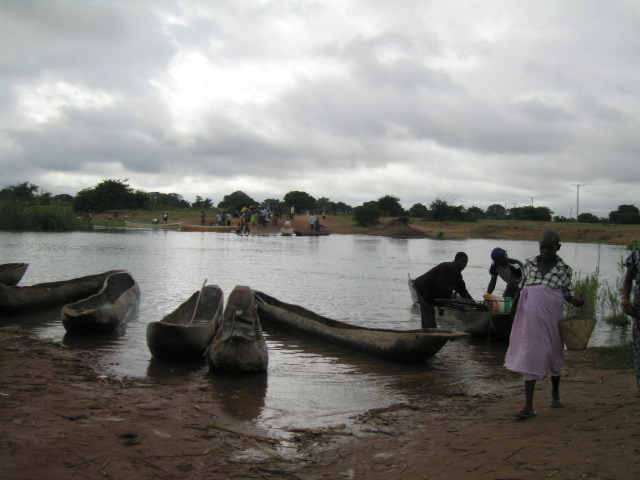 “A Chinese motorbike eases the disappointment!”

A motorbike with a pastor was sent back across the river by dugout tree canoe to carry a lady teacher more than 35 km (in Mozambican terms – about 2 hours) away.  The ladies buried their dignity – climbed in their river transport and set off across the river.  The pastor arrived a few hours later – on the 125cc Chinese special we had the pastor, the women leaders with a baby smiling widely as they arrived breathless.  Smelling the Chinese motorbike (General – “made in a hurry, keep in a cool place”) left no doubt in my mind that they were bundu bashing at 100 km/h.  But they arrived in one piece ………. “nothing to do”! 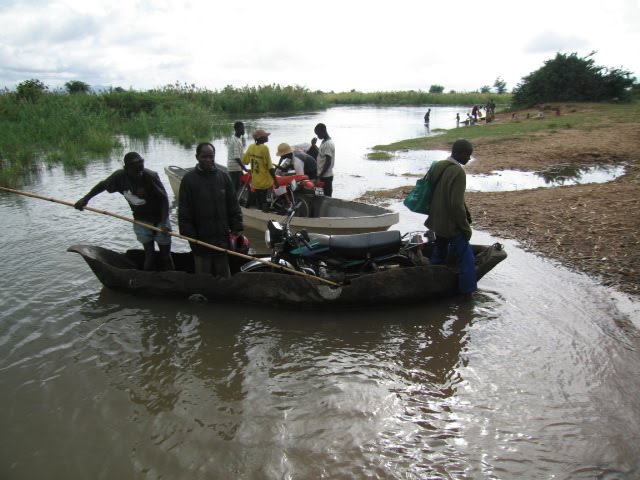 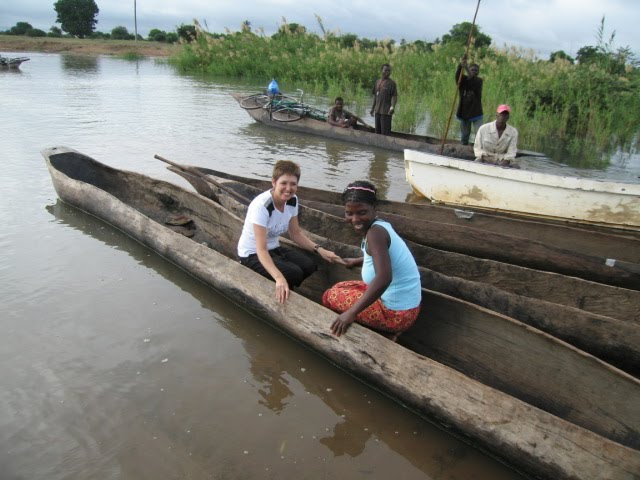 After greeting, dancing and praying – action plans and solutions to many problems were discussed.  New lady schools were opening everywhere as women now has the opportunity to study and be counted ….. even in the bush ….. even in their strict African culture. 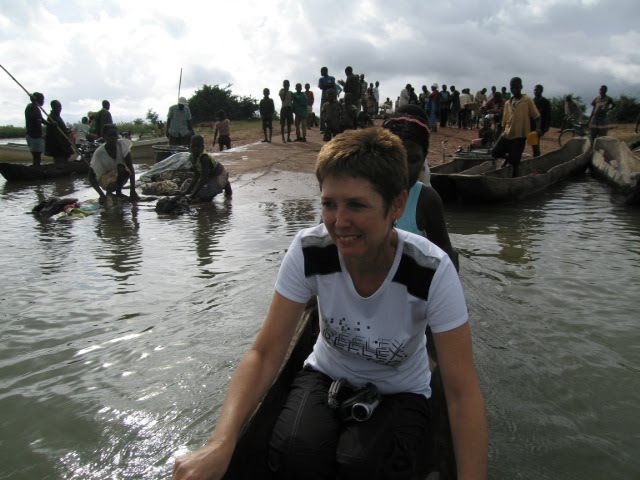 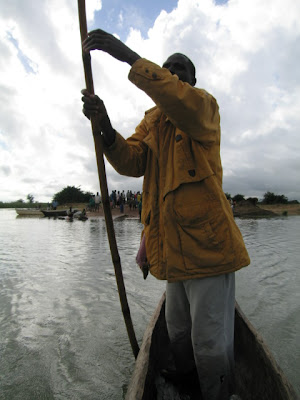 Photo:  Alta and Eunice experiencing African transport on the water.  The captain (left) was in total control and they actually did 2 trips to organize their program on the “other side!
“There is hope.”

This increased recognition of women’s importance is welcomed in several testimonies. Antonio is secretary of his local organização de camponeses, and is involved in many community activities. “The time has come for women to give their opinions,” he states. “We are trying to find ways to put women in the lead, in order for our lives to improve, because women can… have good ideas.” Such increased visibility and responsibility has changed attitudes, he says. “Women here in Marracuene are respected because they can be found everywhere; even in leading positions.”
At the same time, he recognises that the burden of work can make community participation difficult: “We are trying to give everyone equal rights… [But] our way of life makes things difficult. People… take their hoes and go to the fields, and will not make the time fixed for the meeting…” With the high number of female-headed houses in the region – a result of the disruption of war and labour migration – women are particularly vulnerable to this barrier to greater community involvement.
Several narrators describe women’s crushing workload, especially for divorced or deserted mothers, and some point out that their sense of isolation compounds the practical difficulties. Maria says that one of the hardest consequences for a woman abandoned by her husband, as she was, is having “no one to share her problems with and find ways of overcoming them”. Widowed Raquelina suffers from ill-health yet still works her fields. The constant attacks on her crops by rats and hippos leave her close to despair: “Whenever we try to do something, it goes wrong… We live in a time of suffering.”
Despite such obstacles, the women remain optimistic about progress.  Jorgina, another single parent, says that today “men listen to women when they talk about the issues of the family, their lives, or even of the communities.” A crucial reason for this is that girls now have more education: “It is not like in the past when girls were required to give up their education… The government gives everybody the right to study, including women.” 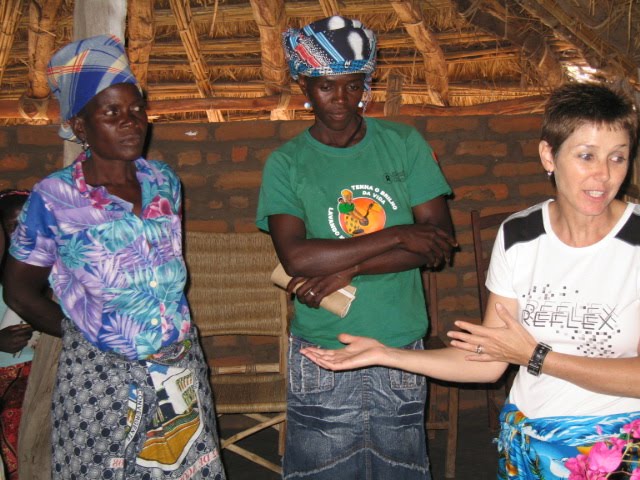 After crossing the river and making it back safely we were ready to tackle yet another lady school – who has waited more than 3 years for a visit.  The joy …. again was contagious.  I could smell chicken and rice in the background as some ladies were preparing a feast.  Gifts were carried by many ladies to show their appreciation (a common sight in the poor communities in Mozambique). 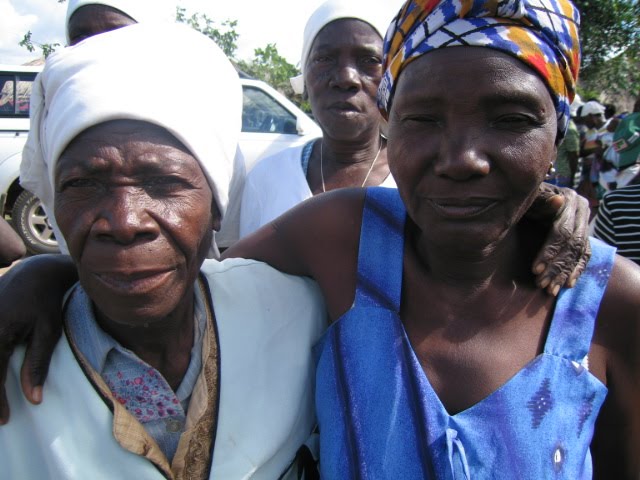 Alta and Eunice continually emphasized that they are just serving the women of Mozambique and that the real heroes were the ladies in front of them.  The role of women, education and the literacy of women were discussed with action plans for the next 5 years.  Women stood up on after another testifying how the literacy program helped them.  Grandmothers came forward with tears in their eyes how they for the first time could help their grandchildren to read and write. 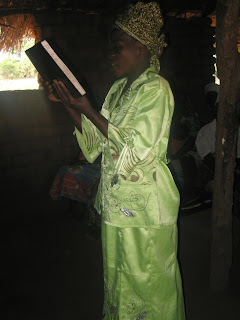 Women that could never read and write got up one after another to show off their newly learnt skills.  They read verse after verse in Chewa (the local dialect).  “Now we have to learn how to do mathematics”, they cried out.


The day ended with a great meal with the local women of Baue.  We were received graciously and new God was doing something wonderful.


Photo below:  Past. Toca and his wife were both illiterate.  Past. Toca joined our Leadership Training program more than 6 years ago and could not read or write.  Through hard word and a great miracle in his life he now can read and write.  His wife also learned these skills. 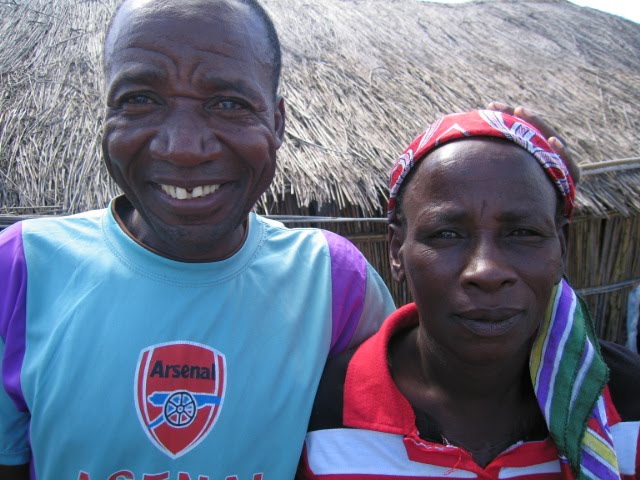 Meanwhile ….. back at our sleeping quarters Jorge the local waiter cooked our water for our evening bath.  Luckily we did not bath outside due to 100 or so kids following these strange Mazungus to see if we bath in the same way.  Toilets are a total luxury in the bush


Improvisation is crucial and find creative ways ………. well …… is very important if you want to stay healthy.  The toilets we did find in our sleeping quarters was interesting.  You had to take a huge bucket and wash away the debris with enough power otherwise you had to go outside ….. get more water ….. and “wishy-washy” again.  (Although I do not want to offend anyone with the details …… I need to make our readers understand exactly what bush life is all about!!)  Oh …. I so hope the queen can make it to see women finding back their self worthiness.  God save the Queen!

After eating yet another burnt offering in the form of a chicken ….. we saw the last light going down on the Donna Ana bridge in Mutarara crossing the mighty Zambezi. 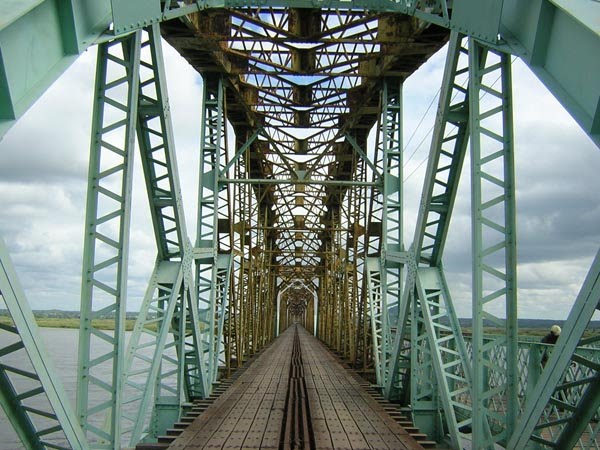 The Dona Ana Bridge spans the lower Zambezi River between the towns of Vila de Sena and Mutarara in Mozambique, effectively linking the two halves of the country. Built by the Portuguese in 1934 during the Portuguese rule of Mozambique, and blown up by RENAMO soldiers during the Mozambican Civil War (1977-1992),[1] after independence from Portugal in 1975, it was originally constructed as a railway bridge to link Malawi and the Moatize coal fields to the port of Beira. 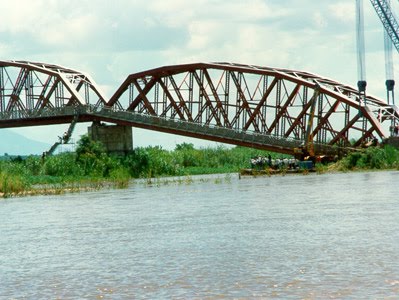 The 3.67km-long Dona Ana Bridge, at that time the longest railway bridge in Africa, was built by the Portuguese in 1934 during the Portuguese rule of Mozambique. In the 1980s, during the Mozambican Civil War, it was rendered unusable. In 1995, it was repaired with funds from USAID and converted to a single-lane bridge for vehicle traffic (as shown in the picture). Although not located on a primary highway, it provided an alternative route over the Zambezi; the only other two options were the bridge at Tete and the road ferry atCaia (which was not always reliable). The Dona Ana Bridge is the longest bridge to cross the Zambezi and was the last before its mouth in the Indian Ocean. However, in 2007, construction started on a bridge to replace the Caia ferry, which (though shorter) would become the last bridge before the mouth. The Caia bridge opened in August 2009. Dona Ana Bridge was closed to vehicular traffic on July 1, 2006, and work to reconvert it to a railway bridge were started, reopening for operation in October 2009.
The bridge comprises 33 spans of 80m and 7 spans of 50m.

Ooops …. and yes this long bridge was built by Edgar Cordosa from Portugal – and I think he named it after his wife – Donna Ana.  It was thus fitting to get the Simukai ladies to pose on the bridge before we called it a day.