The queen …. spending a few minutes with us! 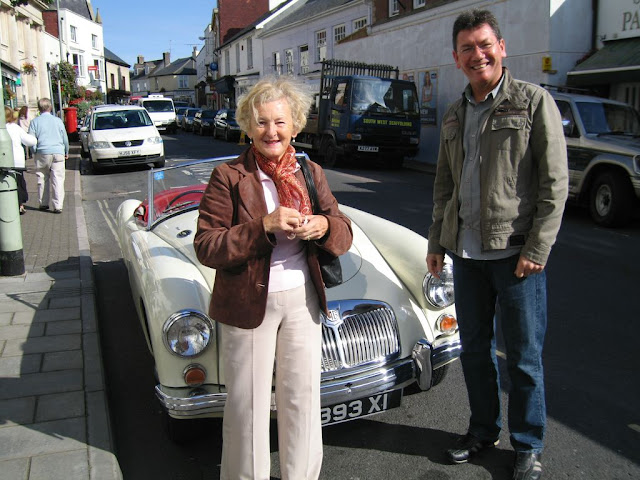 Photo:  Her Ladyship, Francois and an amazing MG in the streets of England.
Have you ever met the Queen of England.  NO ….. well ….. to be honest me neither.  I did meet Her Ladyship, Barbara Rainford though.  Well ….. she should get a “Ladyship” in  my humble opinion.  I love going through older photos.  This was taken in September 2009, England.  Barbara has played a huge role in the success of our work in Mozambique.  I don’t think she knows just what she has accomplished yet.  She and Alan has been in Mozambique for a few times now but due to health reason they would not be able to fly long distances anymore.

It made me think of how someone like Barbara could come on board from “nowhere” and make such a huge impact.  And I realized again (as I was preaching the message this morning” )  …… real church is not about a building (and England does have amazing cathedrals) it is always about people.  Barbara knew this and made a diffence because she cared and went into action.  So this is just a short tribute …… (while she is alive and healthy) to understand just a little bit of what she has accomplished.