Still clearing landmines around us 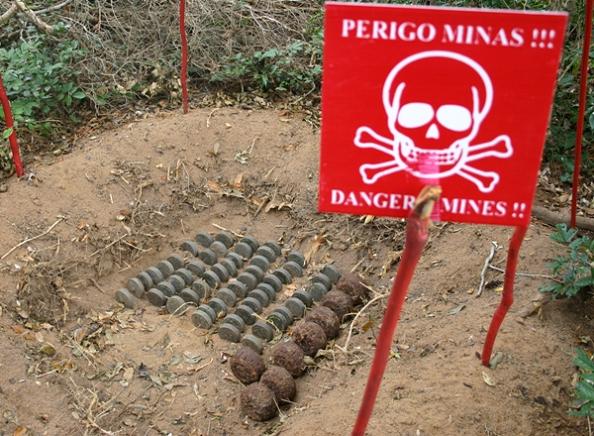 Rumors of a possible ammo dump on our mission base called for immediate action.  One of our widows working in our orphan program reported a strange site close to her house.  Well … who do we call to help?  Forget “ghosbusters” …. as we would have hoped we have our own “mine busters”.  As luck would have it we had a team from Halo-Trust clearing mines about 10 km’s from us.  They have already cleared an additional 5 mines since they arrived here and they were very willing to help us out.

Halo-Trust is a British charity who’s job it is to clear war ravaged countries from mines.  After the long war against Portugal and followed by a severe civil war, Mozambique was full of land mines.  Halo-Trust cleared more than 1 000 000 mines in their 21 year history.  Read about their great work at Halo Trust. 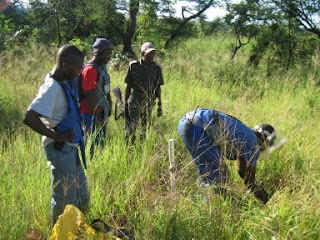 The civil war between the FRELIMO government and RENAMO opposition resulted in mines being laid by both sides. The government used anti-personnel mines to defend provincial and district towns, airstrips, key bridges, power supplies and military posts – while RENAMO laid anti-vehicle mines to close the roads connecting towns and markets. Extensive minefields were laid along the border by both Portuguese and Rhodesian forces.

Photo left & down:  On our base – setting out a parameter to seek for any mines! 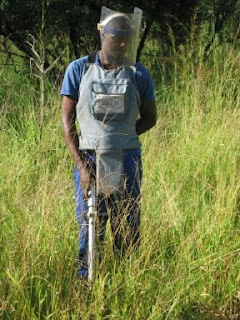 Well …. back to our base.  Luckily no land mines were found and the area cleared.  This makes it possible for people to use the area without fear of a land mine killing someone.


Special thanks to the Halo-Trust who came out without hesitating – and being extremely helpful and friendly.