I shared a short story previously on Beru, one of our orphans at our base in Mozambique and the difficult life he has due to some serious defects. Dwight shares Beru’s story in detail and I gladly place a short extraction of what Dwight has written. For the full report e-mail me at lovemoz@sg.org.za and I will gladly send you the full pdf report. 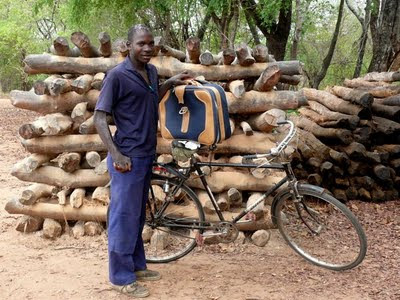 Photo: Beru with his bicycle that the mission provided. I am convinced that not even Lance Armstrong would be able to keep up with Beru when he is racing towards the money towns in Mozambique. He is seriously fast and cycling 70 km is common practice.

While still an infant, and while Mozambique’s civil war ravaged and ruined the nation, Bero’s family’s hut in Gorongoza, central Mozambique, was set alight by an incendiary round. While his family fled into the bush to escape the attack Bero was left in the family hut. As the hut burned, his father returned and rescued him but he was badly burned and spent the next 9 months receiving treatment and skin grafts at the Beira Hospital.
Resources at that time were scarce however, and although his life was saved, the resulting contractures to his arms have been debilitating. In the hand of the arm he has most flexibility in, he can only use of his thumb to grasp things, while his useful hand is bound close to his body by bands of scar tissue. His smiles, ambition and heart are seemingly boundless though. In 2008, when Bero was 19 years old and Mozambique had already enjoyed 16 years of peace and restoration, he came to the SAM Ministries’ Mozambique mission to request help to finish school.
He had completed grade 5 but, due to his family’s lack of resources, had to quit several years prior. Although this young man faced many challenges, he learned to make musical instruments, is actively involved in his local church and even engaged in the hard physical labor required by subsistence farming in Africa. One of his dreams, however, was to return to school. This he has been able to do with sponsorship he receives through the mission. Another dream was that some day function of his arms could be restored or at least improved. 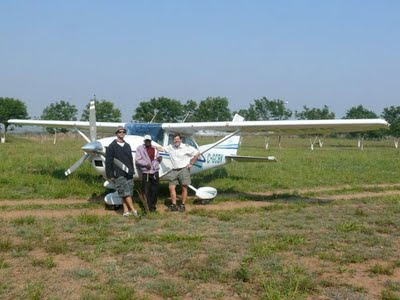 Photo: Dwight with Beru at his Cessna. Beru getting ready for his first flight ever to the medical team in South Africa.

This is a dream that those involved with him also share, and have now acted on, to make it reality. In November 2009, Bero flew from Mozambique to South Africa for consultation with a plastic surgeon. 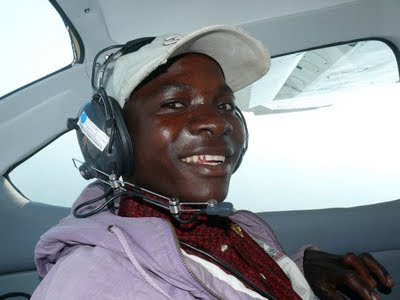 Dr. A. J. van Schalkwyk who, after examining Bero and feeling much could be done to improve his disability, offered not only to do the series of surgeries free of charge but to approach his colleagues to participate likewise as well. We would like to extend, to you too, the opportunity to participate in helping restore what for so long has been missing in Bero’s life: improved flexibility and use of his hands and arms so he can become a productive contributor in God’s world. At least 2 separate surgeries will be required, starting February 2010.
The estimated cost (for his first surgery) for his travel to South Africa, his surgery and his after-care is $7,000.00 CAD. The idea of two surgeries is that the time between will allow each arm the time required to heal and be rehabilitated.Should you be interested in participating in this project, please email us at dwight@samministries.org or Francois Rauch at lovemoz@sg.org.za