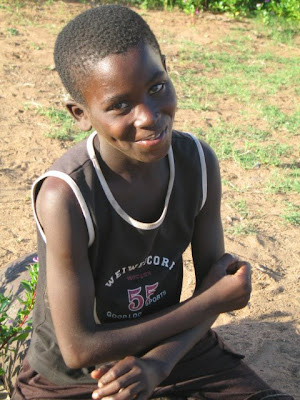 Photo: The friendly boy from Sena who took it on his shoulders to show us around – free of charge.

Sena, Mozambique town, central Mozambique, on the Zambezi River is a river port and railway junction, it has an economy based on sugarcane cultivation and processing. Sena Sugar Estates Ltd., a formerly British-owned company that was granted a large land sub concession from the Zambezia Company, had estates at Luabo and Marromeu in the Zambezi River delta and also operated a copra plantation near Chinde, a forestry concession, and a cattle ranch near Luabo. In the mid-1960s it was the largest firm in Mozambique, with more than 10,000 employees. The company was centred in Sena and built sugar refineries nearby on the lower Zambezi River. Sugarcane is still processed there, although the company was nationalized in 1978 after Mozambique’s Independence, and its operation was turned over to Cuban experts. A rail spur connects the sugar refineries to the Beira Railway. Pop. (latest est.) city, 102,000. 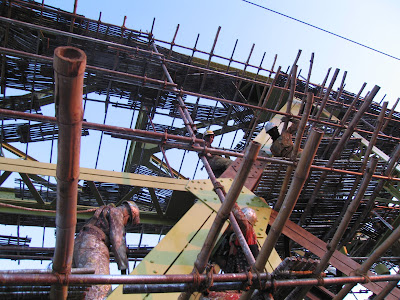 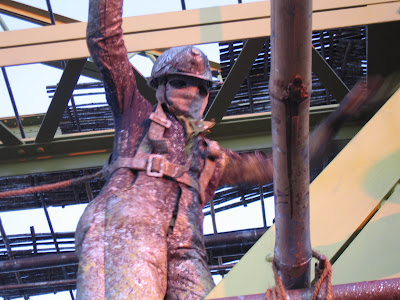 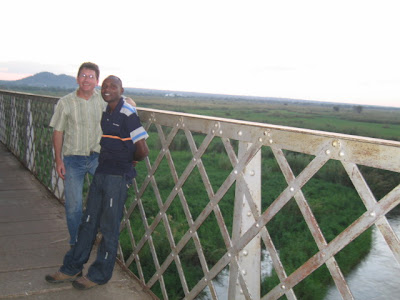 Photo: Francois and Mathew on the Donna Anna bridge on the way to Mutarara – 5 km down the way.

Currently nothing much is happening in Sena as the war destroyed mostly all the infrastructure. The railroad line has been re-build only to open late 2008. Construction on the Donna Anna bridge is still continuing.
It is in this town with its dirt roads and friendly Sena people where we continued our outreach. By this time everyone knew we were in town and greeted very friendly. Even Muslim kids couldn’t get enough. Off course we played with them and taught them many songs – to the frustration of the Imam. 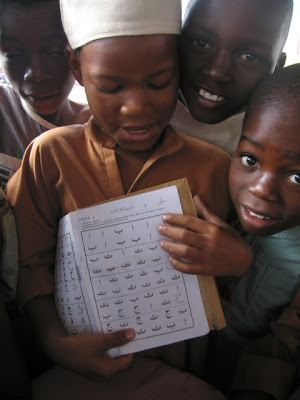 Photo: One of our muslim friends showing us how he is learning the Koran.

Our pastors attending our HEART OF MAN seminar came from everywhere. Some crossed the Donna Anna bridge (close to 5 km long) daily with one of the pastors traveling 100 km on his bicycle. The hunger for Bibles and Theological training are immense. Wheels for God partnered with us for this “caring visit” and sponsored 40 bicycles for pastors. 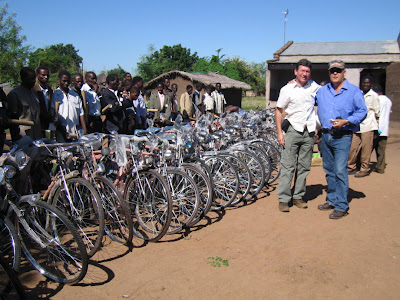 As Raymond Lombaard, president – Wheels for God states: “Wheels for God’s Word is an interdenominational evangelical missionary organization. We seek to supply bicycles and Heart of Man charts, as well as other Christian literature, to preachers, pastors, evangelists and missionaries working in African countries with a generally poor transport infrastructure. Travelling by bicycle on gravel roads and footpaths through the bush and forest has been found to cut walking time by at least a tenth. In some instances pastors travel up to 500 km per week!
Bicycles are easily repaired and maintained, making them the ideal means of transportation to reach some of the most remote areas which have previously been unreached.
Wheels are everything in Mozambique, I guess it’s the same everywhere else – but here it is not in the form of vehicles but bicycles. To own a bicycle makes you a rich man. A mountain bike ….. well would make you much like owning a BMW. A motorbike ….. well – Ferrari to say the least. Our idea was to train our pastors in evangelism and give all 40 attending an evangelism kit, including a free bicycle for all the pastors to spread the Gospel quicker. 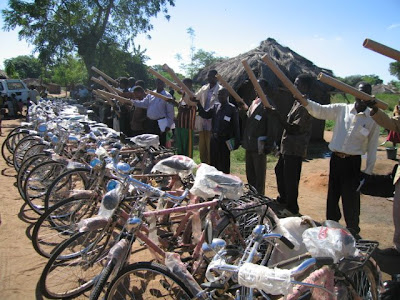 The eyes of the 40 heroes lit up when we exhibited the bicycles. Between the whistling, dancing and smiles every single pastor got their bicycles. Brand spanking new. After receiving their bicycle everyone quickly assembled the bikes and made sure it was roadworthy so they could spread the Gospel – today if necessary. We still could not find any Bibles in Senna or Mutarara and had to leave our brothers without a single Bible. I never knew a miracle was about to unfold in a few days …………………… 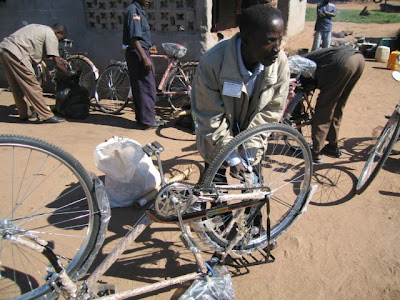 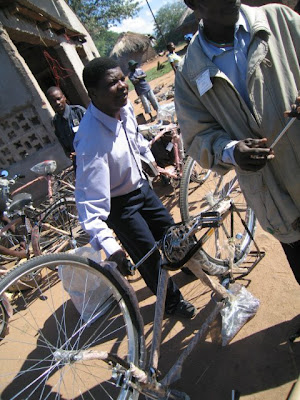 After our seminar it was time to explore the great Zambezi! 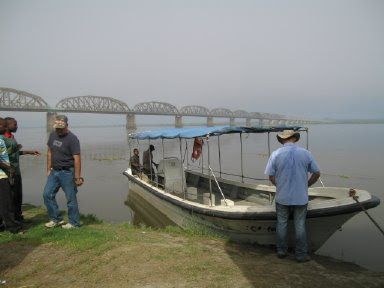 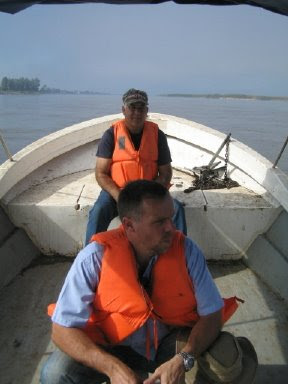