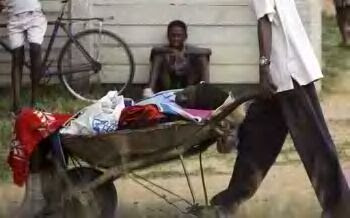 I saw images this morning of people in Zimbabwe being carried in wheel borrows to hospital. They have been infected with the cholera disease. As family members are trying to push them to the nearest hospital they had to stand in front of closed doors. There is no doctor ….. and worse – no medicine. The man will probably die. I sat this morning ….. and I just cried. I have seen people die in my life (and around us in Mozambique) …. but to die like this …. in a wheel borrow in front of an empty hospital …. not fair!
I have to be so careful not to become bitter when I look at Robert Mugabe in his big white house (called “Graceland”) hanging on to power whatever the cost. The following article from the BBC will update you on the situation. 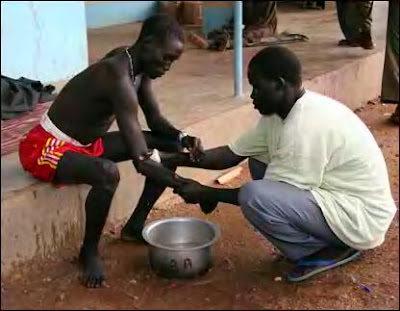 GENEVA (AFP) — Zimbabwe’s cholera outbreak has killed 575 people with a total of 12,700 suspected cases in the poverty-wracked country, according to latest figures released by the United Nations on Friday.

The capital Harare was the worst-hit district with 179 deaths and 6,448 suspected cases as of December 4, the UN’s Office for the Coordination of Humanitarian Affairs said in a statement.
“The entire health system is collapsing, there are no more doctors, no nurses, no specialists,” said OCHA spokeswoman Elisabeth Byrs.
Many health workers are on strike because they have not been paid or have simply deserted hospitals and health centres as the crisis grows, she told journalists.
“As a result, we do not know the exact scale of this epidemic because the figures we have are those collected by the health centres that are still functioning, but many are not functioning any more and thus there are many cases which are unknown,” Byrs said.
The World Health Organisation said it was the worst outbreak of cholera in the country since a 1992 epidemic which killed 3,000 people, and there were no signs it was slowing down.
The United Nations Children’s Fund meanwhile called on donors to urgently provide funds to enable relief operations, saying that none of the nine million dollars UNICEF was appealing for in Zimbabwe had yet been provided.
IF YOU ARE ABLE TO BE A VOICE …… PLEASE HELP US!
How to help:
2008-12-06T10:33:00+00:00December 6th, 2008|Medical|