Could you help the Congo? Yes we can! 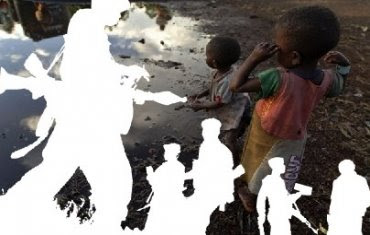 Hi all
I’ve just heard about this important campaign to European and global leaders, urging them to protect civilians and step up diplomacy to stop the killing in Congo. Hundreds of thousands of people have been terrorised by armed groups and they need our help now. To learn more and to take action, read the email below:

After Rwanda I cannot close my eyes and ears anymore …. would ya take a minute ….. please!

The people of Congo need our help. In recent weeks over 200,000 people have been driven from their homes, and murder and rape are rife. The United Nations peacekeeping mission to Congo has not intervened to protect civilians. As this email is sent, families are running for their lives, stuck between the brutal violence of both the rebels and the Congolese army, without food or shelter – their only refuges are crowded camps which now face epidemics of disease. This is a human tragedy of unimaginable proportions. 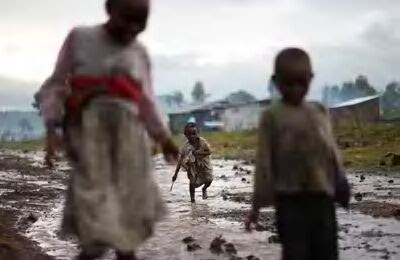 All actors need to support better diplomacy, but only Europe can deploy a well-equipped, neutral protection force to be on the ground in two weeks – and European foreign ministers meeting earlier this week blinked, failing to act. If they send a neutral force to the region to protect civilians who are desperately in need, and help put real pressure on Congo and neighbouring countries with UN and African officials, this humanitarian crisis could be addressed and a lasting peace made possible.
The lesson of the genocide in Rwanda was — step in before it’s too late — politicians seem to have forgotten that. The people of eastern Congo need us now. We need to put overwhelming pressure on European and global leaders to step up, so please follow the link below to take action yourself and forward this email to friends and family — we’ll be delivering the campaign later this week to decision-makers and in newspapers. The situation is deteriorating by the day. The more of us take action, the more leaders will feel that their citizens and people around the world expect them to respond and protect the Congolese people.
Sign the petition here:
http://www.avaaz.org/en/global_action_on_congo/98.php
The recent clashes between General Nkunda’s militias and the Congolese army are the latest in a place where the population has been attacked and terrorised for years by armed groups. Over five million people have been killed. It’s been termed ‘Africa’s world war’, with Rwanda, Uganda, Zimbabwe, Angola and Namibia all getting involved. The fighting is fed by a lethal war economy based on the extraction of minerals such as coltan, cobalt, diamonds and gold, to which we’re all connected through the worldwide market.

Violence is escalating and allegations abound of Angolan and Zimbabwean troops fighting alongside the Congolese army — Congolese army soldiers committing atrocities and working with militias including the Rwandan Hutu Forces, some of whose leaders were responsible for the 1994 Rwandan genocide — and the Rwandan army supporting General Nkunda to muscle the Congolese government to fulfill its commitment to demobilise these same Hutu militias. So it is no surprise that African-only diplomacy is faltering, and that there is a need for an external, neutral force. We cannot let the best chance to stop the terror in Congo slip by as leaders turn their backs — Congo needs concerted engagement now. Let’s flood European and global leaders with requests for action.
Thanks for enduring me!
Francois
TIA
2008-11-13T13:52:00+00:00November 13th, 2008|Outreach|