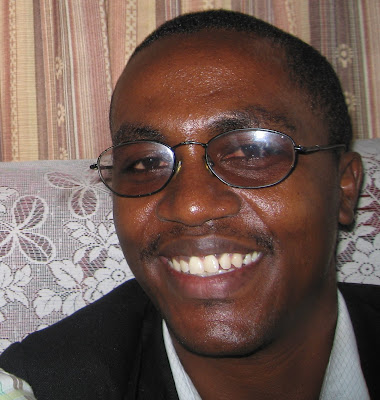 Meet Onesphore! He lives in Burundi. I met him in Uganda and on a trip to Rwanda in 2007. I met him again this year in Rwanda at the Amahoro gathering with African leaders. Onesphore studied and practiced law as an attorney. He gave up his job to become what he calls an “evangelist”. We are trying to get Onesphore to visit Mozambique to share his passion for the lost with the leaders of Mozambique. He is a fearless servant of the Lord …… as you will see in his story that I just received.
Are you ready for some weird, wonderful and whacky stories of God at work in Burundi? Some stretch credibility, particularly for a Western mind, although an African wouldn’t blink twice about what I’ll share with you. It’s quite long, but it’ll blow your mind, and is worth the read!
Well, as usual, I am beautifully blown away by what happened. If you take a fresh look at the Acts of the Apostles in the Bible, you could almost substitute Antioch or Ephesus with Burundi and it would read in a similar vein. Here’s a sample of what happened:
In Muyinga, a prostitute called Victoria was kidnapped by cannibal witchdoctors who took a bite out of her thigh but found she tasted bitter (it sounds almost comical except that it is true – “ one of the female members of the team later on asked to see it to verify that she wasn’t lying, and the mouth-shaped wound needed serious medical treatment). So the witchdoctors didn’t eat her.
Instead they cursed her and she became dumb. For three weeks she hadn’t said a word when the evangelists arrived. She’d gone to the local administrator to press charges, and he challenged the team: “If you want us to listen to you about your Jesus, then do something for this girl.” They promptly gathered around her, prayed in Jesus’ name, and Victoria began speaking again!
The whole community was blown away by this obvious demonstration of God’s power. The administrator promptly offered them land to build a church, and two months on there is a church of a hundred members meeting there. Victoria is now a reformed ex-prostitute. At Mukabira, a powerful witchdoctor was converted. On the spot he became an evangelist(!), and invited the team to join him in addressing six other witchdoctors. Those six duly gave their lives to Christ. They brought out all their charms, idols and spells, and had a public burning session, at which point the local craftsmen who had made the idols were in uproar (remember what happened in Ephesus?).
They complained: “How dare these people come from outside and introduce strange ideas which take away our business?” They complained to the local authorities. Three of the team were arrested and beaten, and held overnight. In the morning, when it was established that they’d done nothing wrong, they were released. As they were sat outside the police station, still talking to several policemen, a tornado flared up. It is generally believed here that a tornado is actually an angry python underground sent by witchdoctors. The policemen fled as the tornado approached, but the three believers stood their ground, at which point the tornado split in two, went around them, and demolished two houses on either side of them. The policemen then returned totally awestruck, asking: “Who are you people? What is your secret?” They replied: “The One who is in us is greater than the one who is in the world.” More people were converted.
Another example of Acts-style persecution involved a group being invited into a house under pretense to share Christ. However, once inside, they were beaten with sticks and a hoe. One young lad was seriously wounded in his head and spent three days in hospital. Although they were the ones attacked, the evangelists were the ones arrested. Onesphore drove there immediately, mediated, the aggressors begged forgiveness, and yet more people were touched by the power of God. Vincent was steeped in witchcraft. He had made a pact with Satan, and for twenty years hadn’t been able to wear clothing, as it felt like pins were pricking him when it contacted his skin. He hadn’t cut his hair in that time either, and looked completely deranged. The whole area around Bubanza submitted to his spiritual leadership and lived in fear of him. He refused to listen to the team’s first attempt to tell him about Jesus, but they persisted and returned. He was delivered, and when he burned all his charms, the community was so astonished that on the spot twenty other people gave their lives to Christ.
There are many more stories, but those are a selection. You get the idea. Our God is a big big God! May He forgive us for keeping Him caged and domesticated. 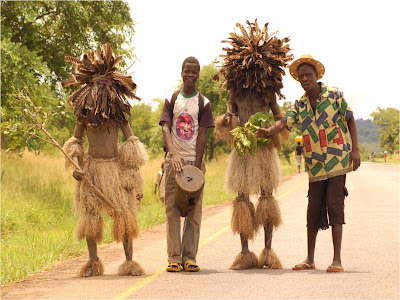 Meet our witch doctors (why do they call them doctors, I wonder?) in Mozambique. We have had some very interesting endeavors with them. Many rituals and weird items are being planted on the base regularly. God still loves them so please keep on praying that they too will see the light.

Some stories used in the Article published with permission from my friend Onesphore and Simon Guillebaud from Burundi. Please keep them all also in your prayers.
2008-10-09T14:03:00+00:00October 9th, 2008|Outreach|