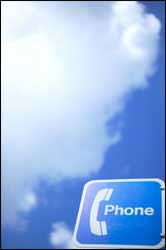 Written by John Orgberg
I have been a pastor for a long time now. When I was ordained in the Baptist church, one of the questions I knew was coming was, “Tell us about your ‘call.'” In our tradition, if you became a pastor, you had to have a “call”: a mystical, vivid, (but non-charismatic) experience in which you have an inner sense/compulsion/Voice (but never quite audible) that tells you to become a preacher.

“Only become a preacher if you cannot do anything else,” the old-timers would say knowingly. And many people followed that advice, which may be why the competency bar for preachers got set pretty low.

I come from a long line of pastors. My great-grandfather, Robert Bennet Hall, got his call working in a small grocery store more than a century ago. He had run away from the orphanage where he grew up and married a grocer’s daughter. He was sweeping out the storeroom when he got the call. My brother-in-law got the call when he was working in a grocery store in our old hometown of Rockford, Illinois. Possibly my problem was that I never worked at a grocery store.

Because I never got that kind of call, I could have done other things besides be a pastor. Probably not too well, but I could have done them. I was open to a call. I asked for one. But Heaven was silent. I had to figure out what to do myself. Being a pastor seemed like a good fit for what I understood of my gifts, and it seemed worth the effort.

But I never got marching orders. Partly, I think, it may have been because God knows that I will grow much more as a person if I have to figure things out and exercise judgment and make a decision and accept responsibility than if I just got a postcard and followed directions. Another reason may be that I don’t think God separates people into “pastor” groups that have to get calls and “non-pastor” groups that are call-free.