FIRES OUT OF CONTROL 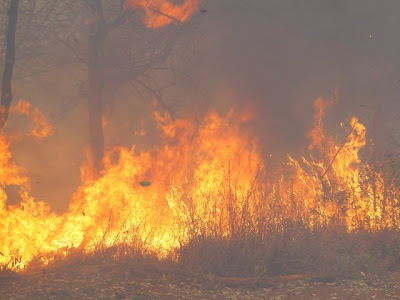 I call the months of June-September here the “Season of Fire”. Africa is a continent well known for its vast shrubby grasslands. In the summer months, the field grass grows thick and often as high as 2.5 metres. (I’ve been lost in it once…believe me, it can get real thick and real tall!) During the dry winter though, lush green turns to crisp brown. This essentially transforms the once wonderful grazing areas into fields of tinder just waiting for a careless flame or ember to start a frenzied, rushing fire. And that’s exactly what happens every year. Fires sweep uncontrollably across fields and often set alight the thatched roofs of village huts. 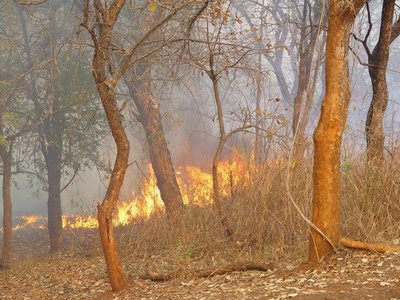 These fires will travel many kilometres, and for days at a time before they peter out or meet a barrier that stops them. These are not accidental fires, they are intentionally lit. “But why?” we ask. We’re told it’s to “clear fields for farming, and to make hunting wildlife easier.” Drastic measures if you ask me!Last week we had several fires to put out on the boundaries of the mission farm. Six huts were burned to the ground in one day alone. The man who apparently started it accidentally has been charged around $1000 in damages (by villagers). But he’s poor, like everyone here is, and he won’t be able to pay. Sadly, what is lost is simply gone. Ernesto, Salena and I visited a home that burned recently. It belonged to a family that the mission has helped through the health post’s (infant) milk program. This lady who is raising 2 of her grandchildren lost everything in her home plus some of her year’s food supply. We and church members will help her son rebuild her home. 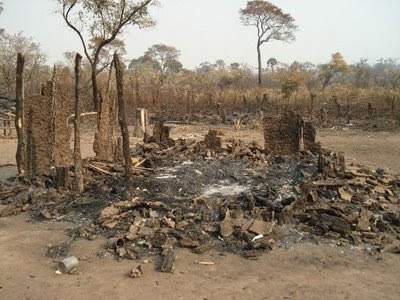 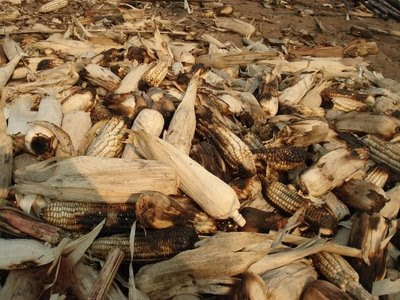 It’s illegal to start an uncontrolled burn here. If the perpetrator is caught, he/she can be handcuffed, taken to the police and face government imposed fines as well as compensation for those who have lost homes and crops. None of these measures seem to reduce the fires each year when the Season of Fire rolls around though. They’re almost more predictable than the rain in summer! And speaking of rain, we got a nice downpour a few days ago. So for now, all the fires are out!
Thanks to Lynn Lagore for a great article.
2007-09-19T06:34:00+00:00September 19th, 2007|General|