Rwanda and Uganda – I found God here too! 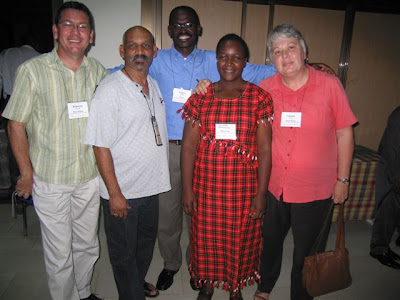 Some of our friends from Kenya which we met at the Amahoro conversation. 200 African leaders gathered from Rwanda, Uganda, Tanzania, Kenya, Sudan, Congo, Burundi and South Africa. 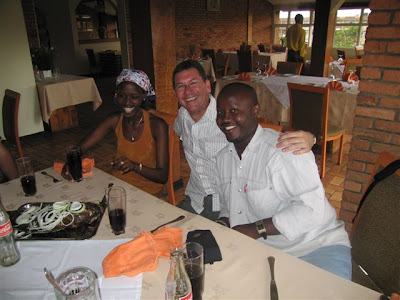 The most hospitable people ever in Rwanda. We were treated with great fish out of the lakes surrounding Rwanda. More friends – Diana and Eric. This restaurant was just outside Hotel Rwanda …. as in the movie. 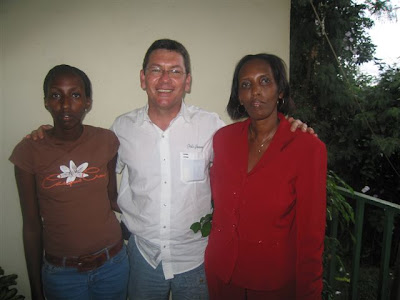 Pastor Jane and her daughter after church. Past. Jane leads a congregation of about 600 people and I experienced one of the most powerful services ever with them in Rwanda, Kgali. She has an amazing and successful ministry with prostitutes and street kids. 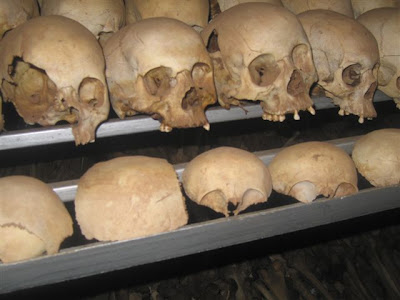 To summarize what I have experienced in Rwanda is too difficult to put in words. The genocide which took place in 1994 touched me deeply.

I will use the words of Pastor Steven Turikunkiko when he says:

“Rwanda is a nation that is rising out of the rubbles of war and genocide. The country has a population of 8 million, having lost 1 million in the genocide of 1994. This was a phenomenon incomparable throughout human history. Every minute of everyday someone was being murdered, screaming for mercy, receiving none, and the killing went on and on and on……! 10 000 killings each day, 400 each hour, 7 each minute. The genocide has left an indelible imprint of suffering and pain that is still unresolved. According to statistics:

What are we going to do today??